Two of Saturday’s papers lead with stories about different aspects of the UK’s immigration policy – and both are highly critical.

The Daily Mail’s top story concerns an investigation by the paper which found that its undercover reporters could buy an English language certificate for £500.

The “Esol” certificate is part of the test applied to immigrants who want to take British citizenship – it is meant to ensure they have the language skills necessary to integrate into UK society and get a job. 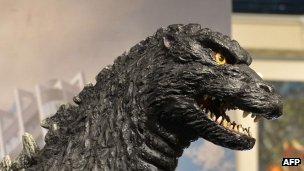 Californian motorists were bemused to see a road sign warning them of a monster problem, The Sun reports.

The paper says a prankster hacked into an electronic traffic alert sign in San Francisco and changed the wording to “Godzilla Attack” and “Turn Back”.

Later, the same joker changed the sign to read “Too Damn Hot” and “City Closed”, the paper adds.

City authorities later changed back the sign to its original purpose – to warn motorists of a forthcoming fun run.

The Mail says its investigation has prompted the suspension of one firm accredited to set the test, and it adds Home Secretary Theresa May has ordered an urgent investigation into the matter.

In his analysis in the paper, James Slack says the scam “exposes the taxpayer to a potentially huge benefits bill” and “undermines the government’s integration strategy”.

The Daily Express leads on the case of 400 asylum seekers who were housed in two hotels, one a 4-star establishment, in Yorkshire by the firm G4S, which was handling their cases.

The paper says the hotels in Barnsley – one of which has a health club and spa for guests – were used because of a sudden influx of arrivals. It adds that the cost to taxpayers was £900,000.

G4s told the paper that the accommodation was “short-term” and no additional cost would be billed to the government.

Its leader column uses the case to argue for more “stringent” border controls.

The Sun quotes local MP Dan Jarvis as saying: “I don’t think my constituents think it’s an effective use of money.”

For the Independent, the lead story is the man it calls “the British face of Boko Haram“.

Its front page pictures Aminu Sadiq Oguweche, a British-born man currently being held in Sudan on suspicion of being involved in extremist bombing in Nigeria.

The paper says the suspect was “radicalised” while studying for a business degree at the University of Glamorgan.

An expert in extremism told the paper that he was “surprised it has taken this long” for a Briton to be linked to the Boko Haram insurgency.

Robin Simcox, of the Henry Jackson Society, said the increased publicity about the group – particularly over the kidnap of 200 schoolgirls – could draw zealots to Nigeria.

With the girls still missing, the Daily Mirror speaks to the mother of a British man who was killed in 2011 by Boko Haram.

Laura McManus, whose son Christopher died while being held hostage by the group, said she could tolerate his killers being freed as part of a deal to free the girls.

“I can hear Christopher telling me ‘what use are they in prison if they could be saving someone’s life’,” she is quoted as saying. 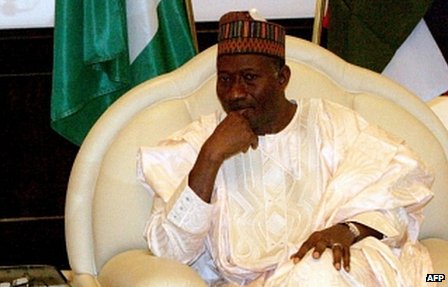 The Guardian reports on the anger of the missing schoolgirls’ families after learning that Nigerian president Goodluck Jonathan had cancelled a visit to their town over security concerns.

Dr Allen Manasseh, brother of one of the kidnapped girls, told the paper: “You begin to question what could be more important to the president than the lives of these students.”

Across the African continent, The Times reports on the Kenya bombings that have come as British tourists are evacuated from the country.

The papers analysis by Tristan McConnell says the arrest, detention and deportation of hundreds of terror suspects in a Somali area of Nairobi has done little to staunch the attacks in Kenya.

McConnell argues that there is “pervasive insecurity” in the East African state.

The Daily Telegraph talks to some of the Britons evacuated from Kenya in the wake of a security warning.

One tells the paper: “Six days of my holiday have gone to waste, just like that. But again, when your government tells you to leave for security reasons, what else can you do?”

The Times leads with a harrowing story from Syria, highlighting the dangers faced by journalists operating in the country.

Its foreign correspondent Anthony Loyd reports how he and a photographer colleague Jack Hill were kidnapped, robbed and savagely beaten at the hands of Syrian rebels they had thought of as friends.

Loyd was shot twice in the ankle by a man he’d known for two years and who had just hours before warmly embraced the British pair.

Both the Times men were rescued by a rival Syrian militia but, Loyd reports, he continues to be threatened by his captors by Skype.

Writing elsewhere in The Times, Rose Wild notes that 65 journalists have been killed covering the Syrian conflict.

“Everyone is aware of how close a call it was for Loyd and Hill this week,” she says.

“But The Times has covered wars for 200 years and it will continue to do so.”

The Daily Telegraph’s lead story is headlined “innocent victims of the tax raiders“.

It focuses on concerns that “people who made innocent mistakes” are being targeted by HMRC inspectors as part of a crackdown in tax collection. 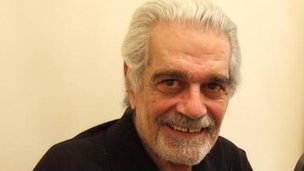 As Hull City prepare to take on Arsenal in the FA Cup final, an unlikely supporter has jetted in to cheer on “the Tigers”.

Screen star Omar Sharif says he has “idolised” the team since sharing a flat with Hull fan Sir Tom Courtenay in the 1960s, the Daily Mirror reports.

Sharif will be at Wembley as a guest of his fellow Egyptian Assem Allam, the team’s owner.

And his fellow thespian Sir Tom will also be attending. He is president of the Hull supporters club.

It says “tax experts” have told it that focusing on “middle-class professionals, such as doctors, lawyers and teachers” ensured the HMRC would get more people willing to settle claims as they would feel “anxious” when they received warning letters.

MP Brooks Newmark told the paper that “middle England” was an “easy target” for the taxmen and he accused them of “nit picking” on innocent errors.

The Daily Mail takes up the anti-HMRC cudgel with a report on proposals to allow tax authorities to take money from people’s ISA investments to settle unpaid bills.

The Mail said there is “fury” over these proposed new powers.

Writing in the paper, columnist Simon Heffer says it is time for a “bonfire of the taxes” introducing a “more straightforward” system that would be less easy to evade.

He argues that the current system only benefits “accountants and the army of bureaucrats who administer it” and tax reform should be the Conservatives’ “big idea” at the next election.

The EU court ruling that gives people the “right to be forgotten” is the subject of much press comment.

The Independent reports that Google has already been inundated with more than 1,000 request to take down links to stories.

These requests encompass links to “the attempted murderer of an entire family, a famous actor’s affair with a teenager and tax dodging”, the paper reports.

The paper also says a former MP, now seeking re-election, has contacted the search engine to demand the removal of stories “of past conduct”.

The Independent quotes Emma Simpson from Big Brother Watch who says “those arguing that this ruling is a successful move towards ‘the right to be forgotten’ are quite simply wrong.

“It is going to be of huge detriment to freedom of speech”. 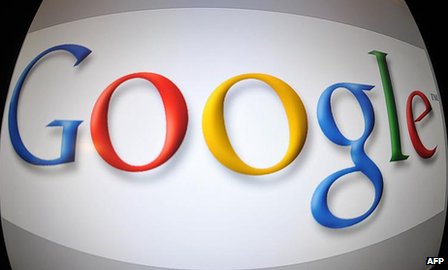 He comments: “Is Google required to censor large swathes of the web?

“Are they required to build a complex censorship engine? It’s crazy.”

But in the Financial Times, Christopher Caldwell argues that some element of Google censorship is needed.

He argues that few people come to the attention of newspapers, law enforcement agencies and others who post data on the internet, from being good citizens.

He says many “modest people – who come to the attention of newspapers only once” end up carrying around the “worst thing they have ever done like a scar.

“When stigmatisation for even minor misdeeds becomes permanent, the case grows weaker that doing something about it violates free speech,” he adds.

“The mother of all on-air meltdowns” is how The Independent characterises the radio interview that fascinates virtually all of Fleet Street.

The paper reports that Nigel Farage became “so rattled” by questioning on London’s LBC station that “his chief spin doctor intervened to try to bring the interview to a halt”. 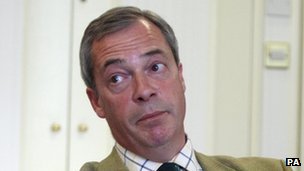 Mr Farage spoke about poverty in Romania and how his wife did not speak German on trains, during his LBC interview

The “spin doctor” – UKIP’s director of communications Patrick O’Flynn – interupted to say the interview, which was scheduled to last 20 minutes, had run “massively” overlength. The paper says it lasted 21 minutes.

It says Mr Farage’s performance on air attracted “hundreds of comments” on social media, “almost all of which were scathing”.

The Ukip leader said he questioned why the UK media was focusing on “idiots” in his party, but ignored idiots in other parties.

The Daily Mail says it was a “car crash interview“.

It noted that David Cameron “who has generally shied away from direct criticism of Mr Farage” has accused the Ukip leader of saying some “particularly unpleasant things” in the interview.

The Daily Mirror’s opinion column said the interview sounded like “the wheels coming off the Ukip battlewagon“.

It says Mr Farage “the former City trader with a German wife, a man who has enjoyed a first-class ticket on the Brussels gravy train for 15 years” had “wilted under forensic questioning”.

The Sun speaks to the boss of the Romanian Cultural Centre in London who says he was “horrified” at Mr Farage’s apparent implication that people might be concerned if Romanians moved next door to them.

“It’s the most racist comment he could possibly make,” Nicolae Ratiu added.