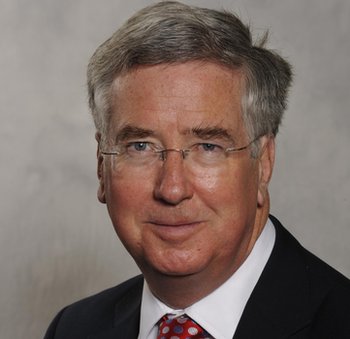 A senior Tory minister says the party would be willing to campaign for UK withdrawal from the European Union if unable to secure membership reforms.

Energy minister Michael Fallon is the first senior Conservative to explicitly indicate which way the party would vote should its proposals be rejected.

But Downing Street sources stressed the party was confident the UK-EU relationship could be renegotiated.

An in-out EU referendum is promised if the Tories win the 2015 election.

The reforms the Tories are seeking to secure would include greater UK powers on welfare and immigration.

Prime Minister David Cameron wants to re-negotiate the UK’s membership with the EU before the 2017 date of the proposed referendum, but he has never indicated which way he would vote if those reforms were not accepted.

Mr Fallon, who is a close ally of Mr Cameron, told BBC Radio 4’s Any Questions programme: “If we don’t get the reforms we want, yes of course the government will then recommend a ‘no’ vote… but we’re not going into these negotiations planning to concede defeat. We think we can get these reforms.”

They said the prime minister was confident he will successfully negotiate reform of Britain’s relationship with the EU, therefore “anything else is just hypothetical”.

Earlier this month Mr Cameron told the BBC’s The Andrew Marr Show he would not sit on the fence during the in-out referendum.

Pressed on what his stance would be if he did not succeed in negotiating the reforms he said: “We’ll be having a referendum, where I’ll be recommending ‘look I’ve got these changes, I believe we should stay in this reformed organisation’.”

In January chancellor George Osborne also hinted that without reforms, the UK might “face a choice between joining the euro or leaving” the EU.