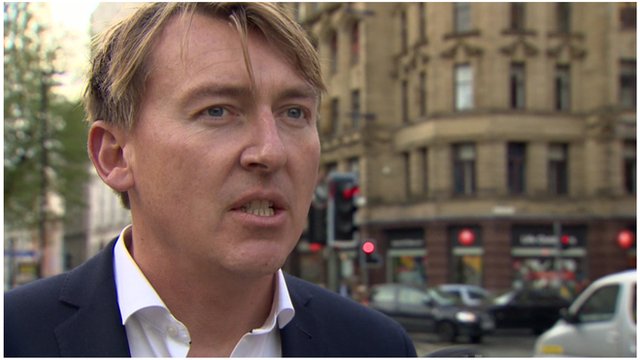 On 15 June 1996, the IRA detonated a 3,300lb bomb in Manchester city centre. That afternoon, England played Scotland in the Euro 1996 football championship. That day was the dawn of a new era, a BBC TV drama suggests.

Eighteen years ago, James Strong was training as a television director at Granada in Manchester. That Saturday morning, he was heading into the city centre to go shopping.

“I think I might have been buying an England shirt to watch the game,” he recalls.

“I was walking down Deansgate and I remember a boom. Suddenly, I saw all the windows at the bottom end of Deansgate start to blow out.

“Then I remember sort of falling over, and being on the floor, and thinking, ‘How weird’.

“I got up and it was really quiet. Then all the alarms [went off]. You could tell something had happened but I thought a building had collapsed or something.” 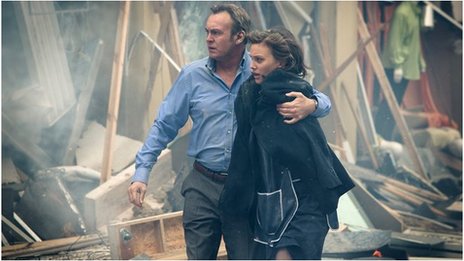 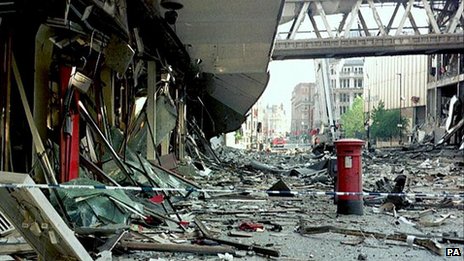 More than 200 people were injured by the real bomb, despite a warning

Strong turned around and went to a friend’s flat, where he learned it was actually an IRA lorry bomb.

It was the second biggest IRA bomb on the British mainland. A warning had been received, meaning no-one died, but 200 people were injured and it devastated the city centre.

Now Strong has returned to the city to direct three-part BBC One drama From There To Here, which uses that day as its starting point.

“To get the script 20 years later, I opened it up and read it and thought, ‘Blimey, I’ve got a unique insight into this moment, and that period in Manchester,’” says the director, who also worked on Broadchurch.

From There To Here, which begins on Thursday, stars Philip Glenister as a man who escapes unscathed from the blast – but finds his personal life wrenched in an unexpected direction as a result.

Bernard Hill plays his father, who runs the struggling family sweet factory, and Steven Mackintosh plays brother Robbo, a ducker-diver who is in deep trouble with Manchester gangs. 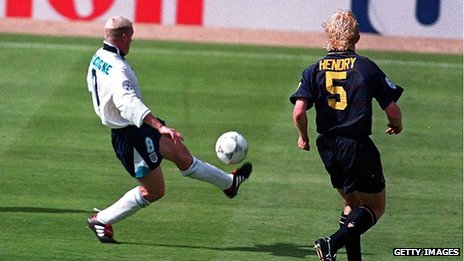 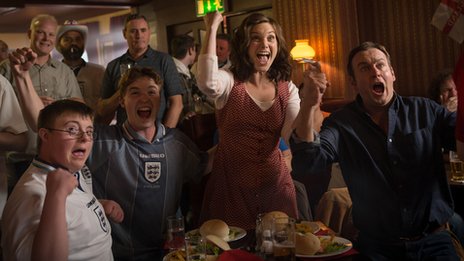 The story jumps in time as the mini-series goes on – from the summer of 1996 to the political shift of the 1997 general election and finally the post-millennial hangover of 2000.

Creator Peter Bowker, whose past writing credits include Blackpool and the Bafta-winning Occupation, says he got the idea after concluding that the financial meltdown of 2008 marked the end of an era of optimism in British life.

“So where did that period of optimism begin?” he says. “To my mind, anyway, that summer of ’96 was the start of a kind of optimistic phase in British culture.”

Football “came home” as England hosted and reached the semi-finals of Euro ’96. There was a confidence in British culture as Cool Britannia was in full swing and Blur and Oasis did battle in the charts. 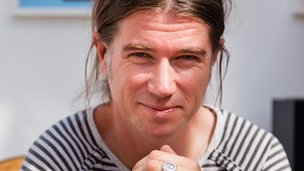 He chose classic Manchester songs for the soundtrack as well as commissioning I Am Kloot to write new incidental material.

“Manchester to me started when I was 16 and someone stuck a pair of Walkman headphones on and I heard the Stone Roses’ debut album,” he says. “That was my first big musical love.

“Having the Stone Roses open up the first episode is monumental to me.

“The Stone Roses is a symphonic sound. It’s such a big sound and it does somehow encapsulate what Manchester’s all about.

“Manchester and its music are completely intertwined – it’s etched right through the skin of Manchester.”

A new political era was dawning, with New Labour on the verge of sweeping away 18 years of Conservative government. Hope was in the air.

“I realised there was almost an expectation,” Bowker says. “They were expectations that one way or another weren’t delivered on.”

The hopes that were invested in the footballers, the musicians and the politicians all eventually evaporated, he says.

As for the Manchester bomb, it wreaked havoc and destruction. But it was also the catalyst for the £1.2bn regeneration of the city, a regeneration that may not have happened on such a scale without the intervention of the IRA.

“Over that summer, the event that we would think was the good thing was Euro ’96,” Bowker reflects. “And lo and behold, that expectation has not been met because England haven’t done well in a major tournament since.

“And the thing that we would say undoubtedly was the bad thing was the IRA bombing of Manchester. And yet its consequences, one would argue, have been fairly good.

“It’s only with hindsight we can work out which were the events which were turning points for good or bad.”

The Manchester bomb was also a turning point for another reason. It was the last IRA bomb of its size on the British mainland and the Irish peace process led to the Good Friday Agreement two years later.

And as the threat of Irish republican terrorism receded after June 1996, dark clouds appeared on another horizon as the attacks on 11 September 2001 left the Western world fearing Islamist attacks and led to the wars in Afghanistan and Iraq.

Bowker says: “Even the [IRA] bomb seems strangely old-fashioned compared with what we’ve encountered since from terrorism.

“It was a bomb that seemed to be directed at buildings rather than people. It was very, very fortunate that it didn’t kill people and that’s no defence of it, but there seemed a slightly different tenor. So that alone… well, it’s a different war.”

It has been 18 years since that day in 1996 and, watching the programme, it feels like a different age.

“What the drama is getting at is whatever era we find ourselves in, we rush to judgement in the present,” Bowker says. “It’s only with hindsight that we can slowly start to unpick how we got there.”