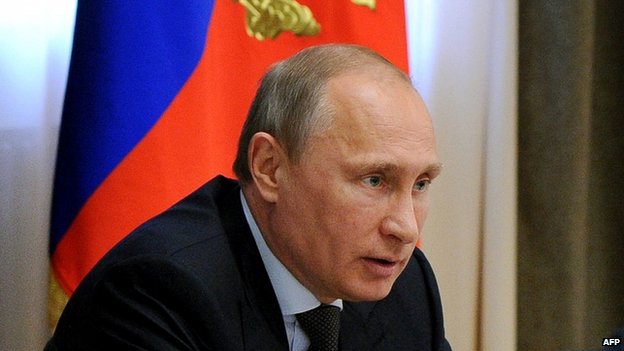 Units in the Rostov, Belgorod and Bryansk regions should return to their permanent bases, a statement said.

Russia has made similar statements in the past. Nato chief Anders Fogh Rasmussen said there was no evidence of any withdrawal so far.

The apparent build-up of Russian forces in the region has ratcheted up diplomatic tensions in recent weeks.

Russian defence officials have insisted the troops were involved in regular training.

“In connection with the completion of the planned spring phase of military training… at ranges in Rostov, Belgorod and Bryansk regions, Putin ordered the defence minister to withdraw the troops that took part in the exercises,” the Kremlin statement said.

It was unclear how many troops would be pulled out or when it would happen. 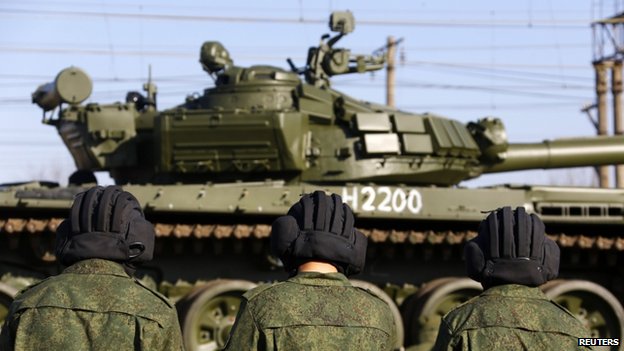 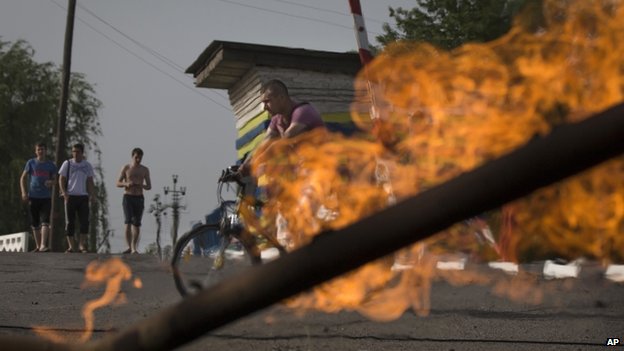 “So far we haven’t seen any withdrawal at all,” Nato Secretary General Anders Fogh Rasmussen, said in response to the Kremlin statement.

“I strongly regret that because a withdrawal of Russian troops would be a first important contribution to de-escalating the crisis.”

One Ukrainian soldier was killed and one injured on Monday in an attack by separatists on a checkpoint near Sloviansk, in the Donetsk region, Ukraine’s Interfax news agency quoted the country’s defence ministry as saying.

Russia called for an “immediate end to the punitive operation and violent actions” of Ukrainian government forces, demanding “the withdrawal of troops”.

The statement also said Mr Putin “welcomes the first contacts between Kiev and the supporters of federalisation”.

Some people may be wondering if there is a command and control problem in the Russian military. For this is actually the third time that Russian units have been ordered to pull back to their bases from their positions on Ukraine’s border.

There was supposedly a partial withdrawal at the end of March. Only one battalion moved. A full withdrawal was ordered in early May but according to senior Nato military sources the troops are still very much there. Now a withdrawal order has come from the Kremlin again.

Of course there is nothing wrong with Russia’s command system. President Vladimir Putin clearly decided that, whatever the public pronouncements, the threat of 40,000 troops on Ukraine’s border was a powerful tool whether they were used or not.

This was by the way not the “planned spring phase of military training” as the Kremlin asserts but an unprecedented deployment of combat-ready forces designed specifically to threaten the Kiev government.

It comes as preparations continue for presidential elections in Ukraine on 25 May.

Tensions between Russia and the West rose after the overthrow of pro-Kremlin Ukrainian President Viktor Yanukovych in February, following months of street protests.

The revolt in the east gained momentum after Russia annexed Ukraine’s mainly ethnic Russian region of Crimea in March.

Pro-Russia separatists have taken control of government buildings across cities in south-eastern and southern Ukraine.

Violence between the two sides has left dozens of people dead in recent weeks, but the rebels have not taken part in EU-brokered talks to defuse the crisis.

On Saturday, the separatists appointed a prime minister for what they call the People’s Republic of Donetsk.