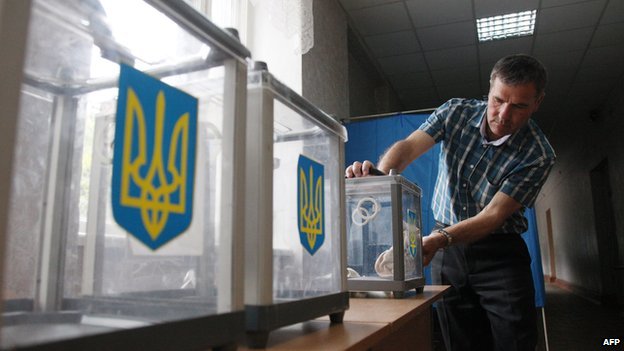 Ukrainians take to the polls to vote in a new president after months of unrest following the ousting of former President Viktor Yanukovych.

Eighteen candidates are competing in the contest, which is widely seen as a crucial moment to unite the country.

But pro-Russian separatists in the east who oppose the election have threatened to disrupt the voting process.

Some 20 people have been killed amid an upsurge of fighting between insurgents and government forces in recent days.

The violence in the east, particularly Donetsk and Luhansk, has seriously disrupted preparations for the polls.

The presidential elections were called after the last elected President, Viktor Yanukovych, was deposed in February amid mass protests against his pro-Russian policies.

Confectionary tycoon Petro Poroshenko, known as the “chocolate king”, is the favourite to win. 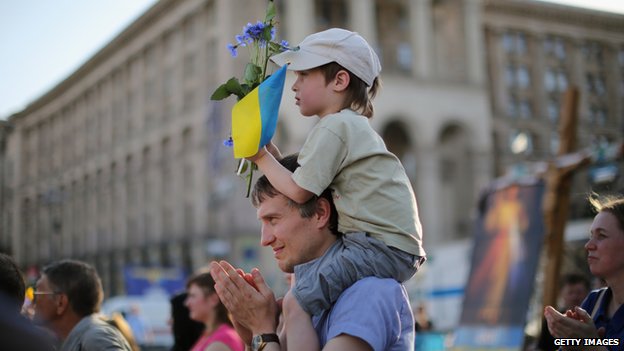 In order to win outright, one candidate must receive more than 50% of the vote, otherwise a second round of voting will be held on 15 June.

“This will be the expression of the will of Ukrainians from the west, east, north and south,” he said.

In an unprecedented move, Russian President Vladimir Putin said on Friday that he would respect the outcome of the election and was prepared to work with whoever was elected president.

It comes after months of tension with Russia, which has been blamed by Kiev and its Western allies of stoking separatist sentiment in eastern parts of Ukraine. President Putin has denied the claims.

Over 1,000 observers for the Organization for Security and Cooperation in Europe (OSCE) have been deployed nationwide at polling stations.

But the OSCE has pulled out most of its observers from the eastern Donetsk region over fears for their security. 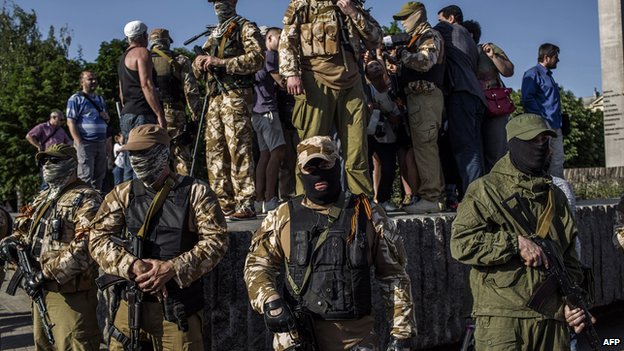 Some pro-Russian separatists have warned people against voting, with reports of election officials and voter lists being been seized at gunpoint.

“If necessary we will revert to the use of force,” Denis Pushilin, a leader of the self-declared Donetsk People’s Republic, is quoted as saying by the AFP news agency.

Separatists in Donetsk and Luhansk declared independence from Ukraine after holding referendums on 11 May, a move not recognised by Kiev nor its Western allies.

The two regions took their cue after a disputed referendum in Crimea, which was annexed by Russia in March.

More than 75,000 police and volunteers are said to have mobilised to ensure security during the vote.

Polling stations will remain open until 20:00 (17:00 GMT), with definitive results expected on Monday.