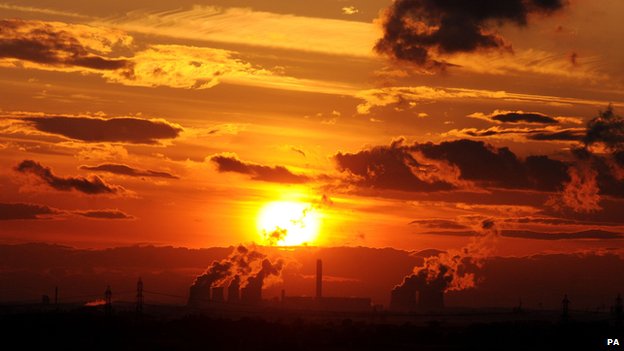 In just over five years Britain will have run out of oil, coal and gas, researchers have warned.

A report by the Global Sustainability Institute found that France and Italy are facing similar shortages.

Its authors said the shortage would increase dependency on Norway, Qatar and Russia.

There should be a “Europe-wide drive” towards wind, tidal, solar and other sources of renewable power, the institute’s Prof Victor Anderson said.

By contrast, Britain has just 5.2 years of oil, 4.5 years of coal and three years of its own gas remaining.

France fares even worse, according to the report, with less than year to go before it runs out of all three fossil fuels.

Coal, oil and gas resources in Europe are running down and we need alternatives”

Dr Aled Jones, director of the institute, which is based at Anglia Ruskin University, said “heavily indebted” countries were becoming increasingly vulnerable to rising energy prices.

“The EU is becoming ever more reliant on our resource-rich neighbours such as Russia and Norway, and this trend will only continue unless decisive action is taken,” he added.

The report painted a varied picture across Europe, with Bulgaria having 34 years of coal left.

Germany, it was claimed, has 250 years of coal remaining but less than a year of oil.

Professor Anderson said: “Coal, oil and gas resources in Europe are running down and we need alternatives.

“The UK urgently needs to be part of a Europe-wide drive to expand renewable energy sources such as wave, wind, tidal, and solar power.”

The government recently announced it was cutting subsidies for large-scale solar energy and the Conservatives have said there will be no funding for new onshore wind farms if they win the next election.

Ministers are hoping that enough shale gas – extracted by fracking – will be obtained to make a difference, the BBC’s environment analyst Roger Harrabin says.

They are also offering incentives for more oil research in the North Sea – and trying to persuade the USA to export more gas, he added.