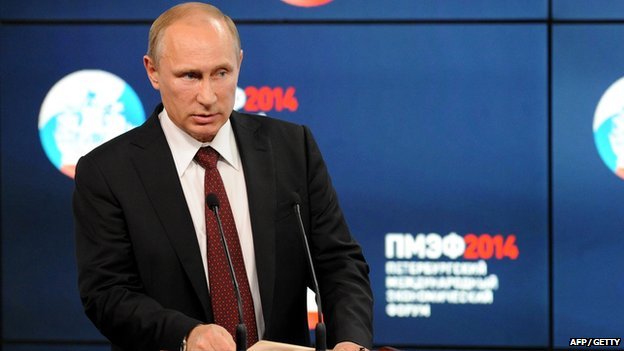 Vladimir Putin has condemned remarks by Prince Charles reportedly comparing his actions to those of the Nazis, saying his words were “not what monarchs do”.

The prince’s reported comments were “unacceptable” and “wrong”, the Russian president said.

The alleged comments were made during a conversation with a former Polish war refugee during a royal tour of Canada.

The prince is reported to have compared Russia’s actions in Ukraine with the Nazi occupation of Europe.

Asked about the comments during an interview with international news agencies, Mr Putin said: “It reminds me of a good proverb: ‘You are angry. That means you are wrong.”‘