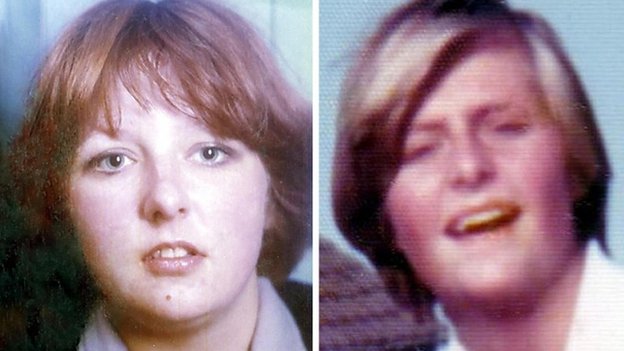 Helen Scott and Christine Eadie were killed in 1977

A man cleared of the 1977 World’s End murders is to be retried, the Crown Office has confirmed.

Last month the Crown was granted permission to bring a new prosecution against Angus Sinclair under the double jeopardy law.

He has now been indicted for the murders of 17-year-olds Christine Eadie and Helen Scott, whose bodies were found in East Lothian in October 1977.

The case is due to call at the High Court in Edinburgh on 26 June.

Mr Sinclair stood trial for the teenagers’ murders seven years ago, but the judge said there was no case to answer.

Before their deaths, Ms Eadie and Ms Scott had been seen at the World’s End Pub in Edinburgh’s Royal Mile.

The case will be the first retrial held after double jeopardy legislation changed in November 2011.

Until the new legislation was introduced, people could not be retried for the same crime.