Arsenal hope to end a nine-year wait for a trophy when they take on Hull in Saturday’s FA Cup final at Wembley.

while Hull are appearing in their first major final.

Nine years without a trophy 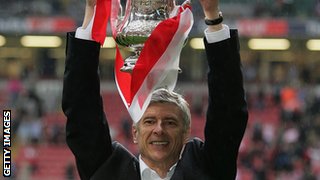 Arsene Wenger has won seven major trophies during his 18 years in charge of the Gunners – three Premier League titles and four FA Cups, including the 2005 final, his last success

“Arsenal are clear favourites but for a club like ours to take on the mighty Arsenal has a ring to it which is what the FA Cup is all about.”

The match kicks-off at Wembley at 17:00 BST in front of almost 90,000 fans, including Football Association president

HRH The Duke of Cambridge.

Former X-Factor winner Leona Lewis will sing the traditional Cup final hymn ‘Abide with me’ as well as the national anthem before kick-off.

Fans of both teams were allocated 25,000 tickets each, with approximately 20,000 tickets distributed by the FA to volunteers from the counties, leagues, local clubs and charities.

Tickets were also awarded to the 92 Premier League and Football League clubs, plus another 134 clubs and all clubs that reached the third round of this season’s competition.

Arsenal are in their 18th FA Cup final this weekend, matching the record of Manchester United. They will also match United’s record of 11 wins if they lift the trophy.

The winners will receive £1.8m in prize money, with the runners-up receiving £900,000. They will also be handed a brand new trophy, the third edition of the iconic cup, designed more than a century ago in 1911.


The FA is retiring the current cup because of wear and tear after 22 years.

“Should Arsenal leave Wembley without the FA Cup, the questions will come again about whether Arsene Wenger can ever regain the sure touch of a decade ago, and whether he has lost the abilities that came as second nature after he arrived at Highbury in September 1996.”

Under manager Arsene Wenger the Gunners won the trophy in 1998,

were beaten finalists in 2001

But since winning the 2005 final the club’s fans have had to wait for success, with defeats in the final of the 2006 Champions League and League Cup finals of 2007 and 2011.

Wenger said: “The drought may make it a little more difficult but at the end of the day once you walk over the line you just focus on your football.

“You don’t play with the history, you play with your quality and your desire to play well.

“We need to just turn up and play well.”

Both sides have already secured European football for next season. Arsenal will be in the Champions League after finishing fourth in the Premier League, while Hull

will compete in the Europa League for the first time in their history. 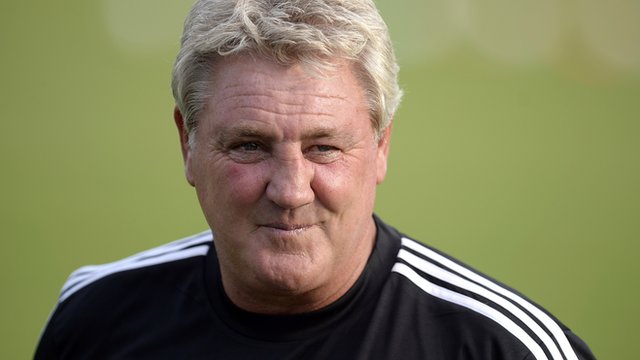 and Bruce hopes for a repeat this year.

“It’s the mighty Arsenal with all their history, tradition, huge support and a huge club against the smaller club and the attraction is the ability of the smaller club to turn them over,” he said.

“We have to hope that we can do that and we have every belief that we can. That brings a little bit of the glamour back to the competition along with what Wigan did last year.

“Wigan’s win said to me that we had a chance. We were never going to win the Premier League, but I asked if we could win six games in the FA Cup. We’ve won five so far. Can we add the sixth? It would be terrific if we could.”

Arsenal striker Lukas Podolski says there is increased pressure because they have gone so long without a trophy, but is confident the Gunners will prevail.

“It’s a big game not only for the manager, for the club, for the fans as well,” he said. “When you win nothing for nine years and and you are in the final, the pressure is big.

“We are playing against a strong team. They will fight and run and give their all. Of course we are the favourites because we are the better team but it’s a final – one game – and it’s not easy.

“If we play as we did in the last weeks, home and away, we will win this cup.”

The football season concludes with the Champions League final between Real Madrid and Atletico Madrid on Saturday, 24 May, before the World Cup finals begin in Brazil on 12 June.