Ben Bernanke Signs on With Pimco, Another Firm Not Regulated by the Fed But With Deep Ties – Real Time Economics 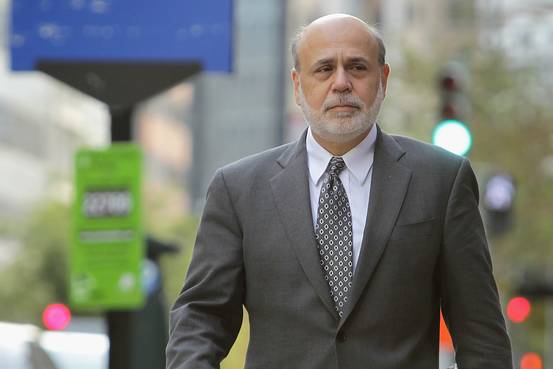 In mid-April, the former Fed chairman joined the Chicago-based hedge fund Citadel. On Wednesday, he said he would join the Pacific Investment Management Co.—known as Pimco, the world’s biggest bond mutual fund.

Mr. Bernanke said he was sensitive to the public’s anxieties about the “revolving door” between Wall Street and Washington and chose to go to Citadel, in part, because it “is not regulated by the Federal Reserve and I won’t be doing lobbying of any sort.”

Mr. Bernanke made a similar argument about Pimco, which is a unit of Allianz SE. In an interview with Reuters, he said “the Fed does not regulate Pimco or its parent or any other firm that is affiliated with it.” He said the same applies to Citadel and added, “I am not going to be involved in any kind of lobbying or any kind of influence with the Fed or Congress or anybody else in the government.”

Here at Real Time Economics, we documented all the ways that Citadel and the Fed have overlapped in recent years. Although the Fed does not have regulatory responsibility for hedge funds, it had interacted with Citadel repeatedly and views hedge funds as a potential source of systemic risk.

Pimco, too, has been identified as a potential source of systemic risk. The Treasury Department’s Office of Financial Research wrote a report in 2013 that said asset managers—of which Pimco is one of the world’s largest—could pose risks to the financial system. The report laid out a rationale for the largest asset managers to be declared “systemically important,” a designation which would require regulation from the Fed.

Pimco was among a group of firms that pushed back against the report. BlackRock Inc., Pimco and Fidelity Investments all criticized the report. Pimco said the report “reflects a fundamental misconception” of the industry, and wrote a letter to the Securities and Exchange Commission requesting that the report “not be used as a basis for policymaking or regulation of the asset management industry.”

While the Fed does not regulate Pimco—and Pimco has actively sought to keep it that way—Reuters noted that the Fed and Pimco have a history conducting business together during the controversial bailouts of the financial crisis. The New York Fed gave Pimco a contract worth $1 million a month to manage the central bank’s commercial-paper funding facility and another contract to monitor the Term Asset-Backed Securities Loan Facility, known as TALF. The Fed also hired Pimco to help purchase mortgage bonds during its first round of quantitative easing.

In July 2011, the Government Accountability Office wrote a report that criticized the Fed’s handling of these lucrative contracts. The report found that Pimco earned $12.6 million from the Fed for its role with the Term Asset-Backed Securities Loan Facility and earned $33.6 million for helping with the commercial paper funding facility. The latter contract was awarded to Pimco without competitive bidding, according to the GAO.

At its peak, the commercial paper facility had more than $348 billion in funds outstanding. The GAO noted in its report that the Fed did not provide timely on-site reviews of Pimco’s operations. “Although Pimco played a key role in administering CPFF program requirements starting in October 2008, [the New York Fed] did not conduct an onsite review of PIMCO’s controls until March 2009,” the GAO wrote.