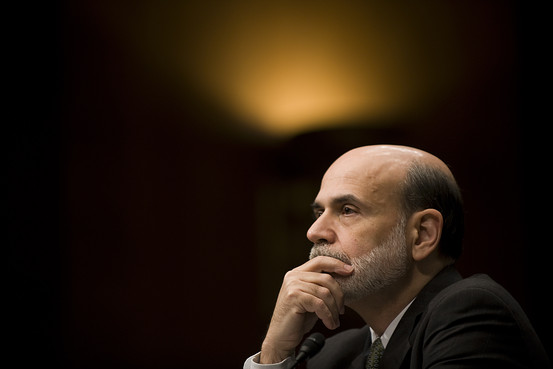 In early 2009, then-Federal Reserve Chairman Ben Bernanke gathered his colleagues on a conference call to provide a heads-up on an evolving Obama administration plan to get credit flowing again in the battered U.S. economy.
Speaking on Saturday, Feb. 7, he said the plan was “very much a work in progress,” but the outline would be announced soon by then-Treasury Secretary Tim Geithner, according to newly released transcripts of the Fed’s 2009 meetings.

Mr. Bernanke said the plan would deliberately contain little detail, for political reasons, and that he was worried the market would react badly. He was right. The lack of detail in Mr. Geithner’s much-anticipated speech helped drive stocks down nearly 5%.

“The political strategy is to provide an overall structure with some detail, but not a great deal of detail, with the idea that the public discussion and the congressional discussion will create some buy-in on the political side,” Mr. Bernanke said on the call. “It’s like selling a car: Only when the customer is sold on the leather seats do you actually reveal the price.”

He said, “I think there are some advantages to that from a political point of view,” but he added that he and some Fed staff were “somewhat concerned, at least given the way things stand now, about the market reaction. First, the lack of details will create some uncertainty and concern, particularly because there’s not a great deal said about the ‘problem children,’ the [Bank of America] and Citi.

“Secondly, I think the markets will be disappointed in the following sense: As I will describe, this is a real truth-telling kind of plan. It’s fundamentalist. It’s not about giving the banks a break. It’s not about using accounting principles to give them backdoor capital. It’s very much market-oriented and ‘tough love.’ And I think we all will like that. I like that. But the banks’ shareholders aren’t going to be thrilled about it.”

Mr. Geithner in his announcement described a mix of efforts that were mostly already known in their outlines. They included a fresh round of capital injections into banks, an expansion of a Federal Reserve lending program and a public-private effort to relieve banks of soured assets.

Treasury spokeswoman Stephanie Cutter said later of the negative market reaction, “We understood that some might be disappointed that we didn’t announce a large bailout program.”

Five Takeaways from the 2009 Fed Transcripts

A Timeline of the Federal Reserve in 2009

Who’s Who at the Federal Reserve in 2009