Big Split: How Women and Men Disagree on the Economy – Real Time Economics 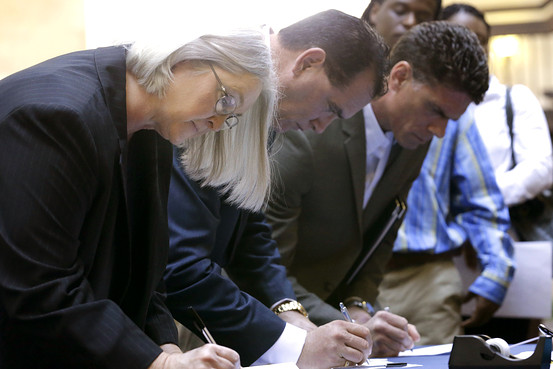 The latest Wall Street Journal/NBC News poll shows a yawning gender gap over the state of the economy. Here’s a closer look at several measures.

The poll asked Americans whether they see the U.S. as a place where anyone regardless of their background can get ahead, or if a widening income gap is instead undermining the idea that anyone who works hard can improve their lot. The responses divide sharply on gender lines, with a majority of men in the “anyone can succeed” camp and a majority of women in the “inequality is undermining opportunity” basket. 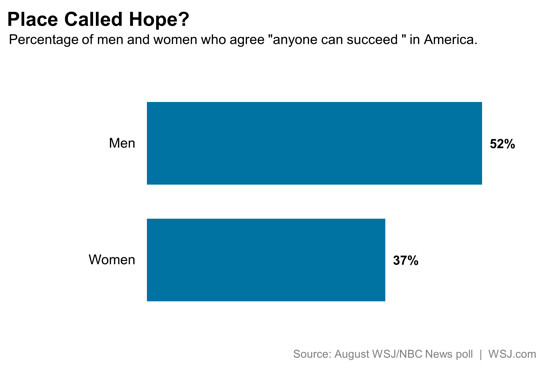 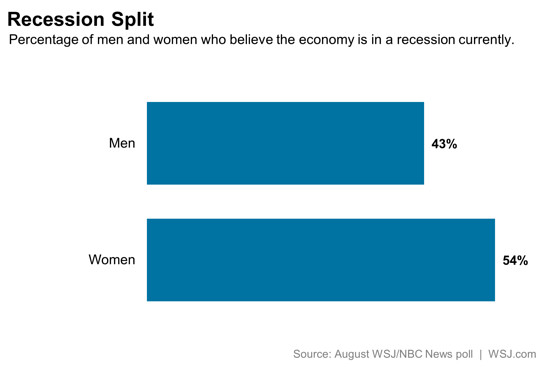 These views about the economy translate into policy preferences. Seven in 10 women think raising the minimum wage to $10.10 per hour would be good for the economy, compared to nearly half of men. 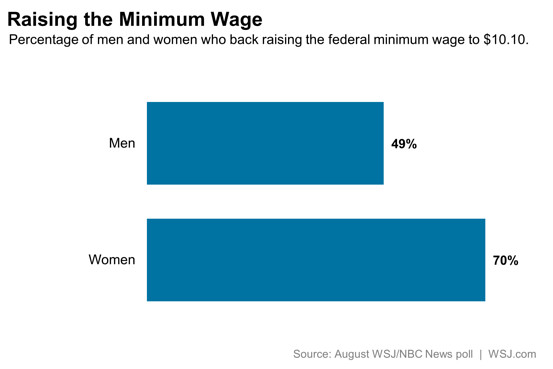 Why does any of this matter? More pessimism about the economy might appear to benefit the party that’s out of the White House in a midterm election, but women don’t appear inclined to break for Republicans this November. By a 14-point margin, women say they hope that Democrats control Congress after this fall’s vote, compared to men, who favor Republicans by a 17-point margin.

Mr. McInturff says he’s surprised by the extent of the gap, which has widened from recent surveys. “We are arguably headed to the largest gender difference people have seen in an off-year election,” says Mr. McInturff. 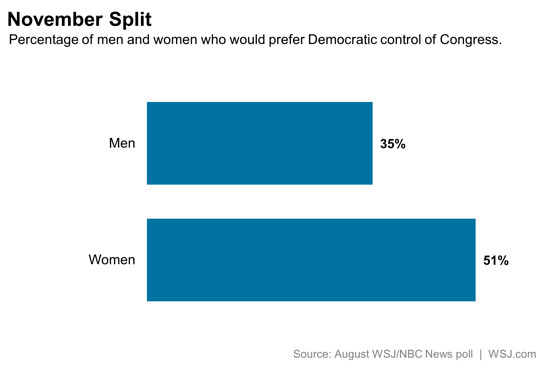 Still, the gender-split doesn’t show up on every single economic question. The poll asked Americans if they think their children’s generation will be better off than their own. Equal numbers of men and women—just 21%—said yes. That’s an all-time low. 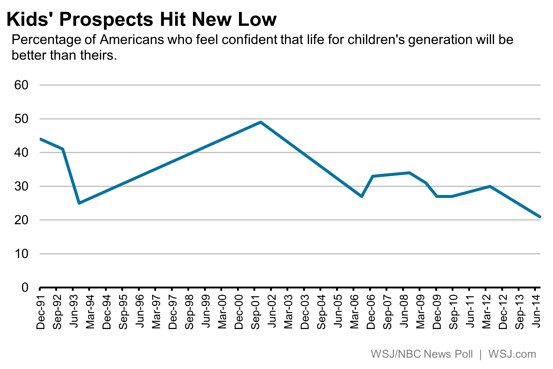 More from the poll:

WSJ’s Nick Timiraos discusses the gap in views on the economy between men and women: