Blood in the streets 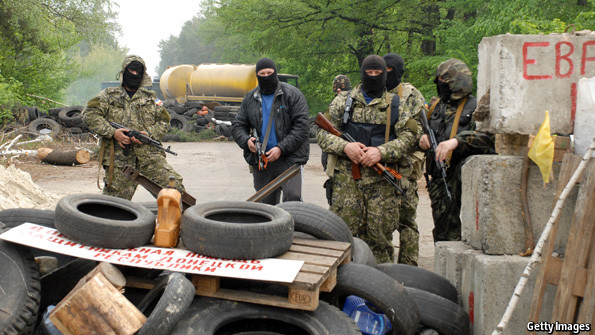 “Don’t go up there! It is war,” yelled a drunk man sitting on the stoop of a shop in a village on the outskirts of Sloviansk as your correspondent walked into town. With trees felled to block roads and Ukrainian forces tightening their grip around the rebel-held eastern town, the situation took a dramatic turn for the worse on May 2nd.

In the regional capital of Donetsk, in eastern Donbas, armed men seized the railway control centre, which brought almost all rail traffic to a halt. Two Ukrainian helicopters were shot down by rebels around Sloviansk and one rebel was reportedly killed. Several western journalists trying to get into the town were detained for hours by the…Continue reading