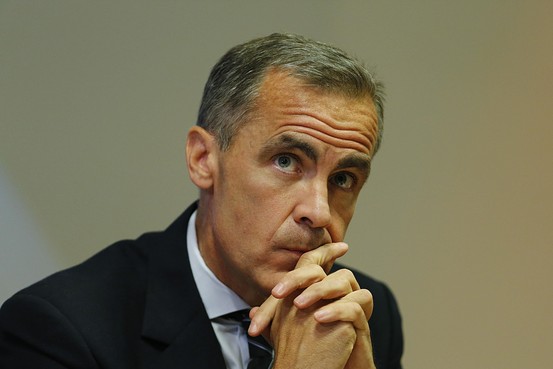 The Bank of England is inching closer to raising interest rates in the U.K. but future increases in borrowing costs are likely to be gradual and limited, BOE Gov. Mark Carney said Thursday, in a sign the central bank remains on course to raise rates early next year despite evidence of an economic slowdown elsewhere in Europe.

In a reprise of recent remarks, Mr. Carney told actuaries and insurance professionals in a speech in Wales that the precise timing of the first rise in the BOE’s benchmark rate will depend on the U.K. economy’s performance. Officials have put particular emphasis on seeing a revival in wage growth, and investors expect the BOE to lift its main interest rate from a low of 0.5% early next year.

“We have no preset course,” Mr. Carney said, adding the timing “will depend on the data.”

Mr. Carney’s remarks come amid deepening concern among policy makers over the economic prospects of the neighboring eurozone, where the European Central Bank is coming under increasing pressure to revive growth with an aggressive program of asset purchases.

A further slowdown in the currency union could hurt British exports and undermine the U.K.’s recovery.

Nemat Shafik, the BOE’s deputy governor for banking and markets, described weakness in the eurozone as “a significant risk” to the U.K.’s prospects in a newspaper interview published earlier Thursday, underlining officials’ unease.

In his speech, Mr. Carney acknowledged that demand in the U.K.’s major export markets, which include the eurozone, remains muted, saying it is one of several headwinds facing the U.K. that may take time “to die down.”

But he otherwise stuck to the BOE’s script on rates, suggesting a rate rise next year remains on the cards unless the U.K.’s prospects deteriorate.

The bulk of his remarks were devoted to the insurance industry, where regulators are tightening up capital standards to ensure the sector can withstand unexpected financial turbulence.