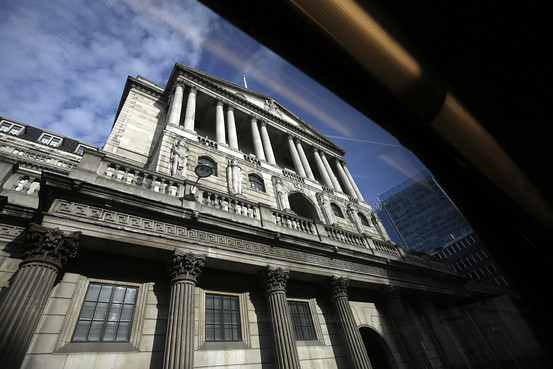 Weak growth in the neighboring eurozone presents “a significant risk” to the U.K. economy, a top Bank of England official was quoted as saying Thursday.

Nemat Shafik, deputy governor for banking and markets at the U.K. central bank, told the Yorkshire Post newspaper that eurozone policy makers need to adopt more growth-friendly policies and reform their economies to lift the currency union out of its current stagnation.

“Everyone knows monetary policy can’t do all the heavy lifting,” she was quoted as saying, in her first newspaper interview since taking on her current role in August.

BOE officials are inching closer to raising interest rates but Ms. Shafik said she is seeing mixed signals on wages and productivity that are clouding the outlook for inflation.

The BOE bought 375 billion pounds ($612.75 billion) of U.K. government bonds in a three-year stimulus push known as quantitative easing and Ms. Shafik will be in charge of the eventual sale of those assets.

Officials have said they intend to raise interest rates first before beginning asset sales. Mr. Shafik said the central bank envisages a program of sales that will be smooth and orderly.

Selling assets “is not something you want to be turning on and off; you want to have a clearly well-planned, orderly pre-announced program of sales, which wouldn’t disrupt markets. But it’s still a way away,” she was quoted as saying.