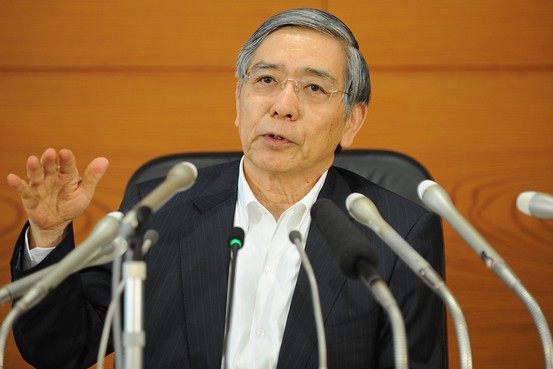 Japan’s annual inflation rate in June was stable enough that it is unlikely to trigger a fresh round of monetary stimulus by the Bank of Japan .

But the slight fall in consumer price gains worried some economists that the central bank is destined to miss its 2% inflation target next year, showing the BOJ’s uphill task in persuading people to believe Japan has put deflation behind it once and for all.

The nationwide core consumer price index rose 1.3% from a year earlier in June, after adjustment for a recent sales-tax hike, below a 1.4% increase the previous month, according to government data released Friday. Inflation moderated in May and June due to falling energy prices and a stable yen, which has put the break on growth in import costs.

Pessimists believe Japan’s recent exit from years of deflation has occurred mainly because of a collapse in the yen’s value last year, a result of a massive monetary stimulus not unlike the U.S. Federal Reserve’s. That decline pushed up the cost of fuel and other imports. As the yen has regained some lost ground this year, this pressure on prices has abated.

“Just as expected by private economists, including myself, the pace of inflation has started to slow,” said Yasunari Ueno, chief market economist at Mizuho Securities and a renowned BOJ watcher. He said there’s no prospect the BOJ will meet its 2% inflation target sometime in 2015.

Still, the inflation picture is not all bad. Inflation has remained above 1%, the lower bound most analysts say will spur the BOJ to launch a fresh round of monetary stimulus. The International Monetary Fund this week upped its growth forecast for Japan in 2014 to 1.6 from 1.3%.

In their campaign to raise inflation expectations, BOJ officials have played down economists’ forecast as overly pessimistic, instead focusing more on getting the general public to believe that prices will rise faster. If the Japanese people become convinced of the prospects of higher inflation, that will become a self-fulfilling prophesy, their theory goes.

The problem for the BOJ, however, is they have not won the public battle. The BOJ’s quarterly tankan corporate survey released at the start of this month showed that large manufacturers and non-manufacturers expect overall consumer prices will rise only 1.1% over the coming year, unchanged from the previous poll. They see prices rising 1.2% over the coming three years.

Without expectations of deeper inflation, companies are unlikely to raise wages, spurring greater consumption and investment – the virtuous cycle needed to put Japan on a solid path to economic renaissance.

Toshihiro Nagahama, chief economist at Dai-Ichi Life Research Institute, said wages have to rise more if the core inflation rate is to reach 2% by around next spring, as forecast by Mr. Kuroda. “There is just no way the inflation rate will climb to 2%,” Mr. Nagahama said.