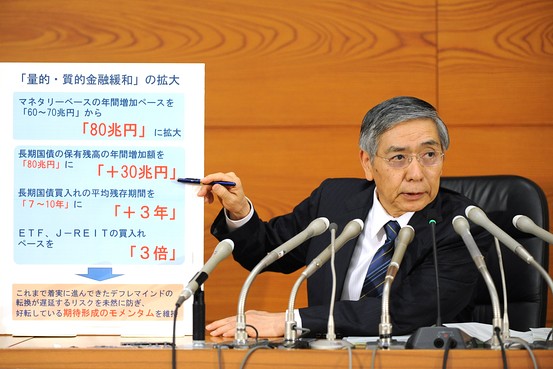 In a Christmas Day speech, Bank of Japan Gov. Haruhiko Kuroda drew on Charles Darwin to make a point about wages.

The central bank is trying to encourage companies to raise wages next year, part of its campaign to reverse Japan’s “deflationary mindset” and achieve 2% inflation.

Speaking to business leaders, Mr. Kuroda alluded to the English naturalist, saying: “It is not the strongest of the species that survives, but the one that is the most adaptable to change.”

While he refrained from calling directly for wage increases, he explained that the environment surrounding companies has changed because prices have begun to rise in Japan, albeit slowly, after 15 years of deflation. Companies that adapt to the new environment by investing more aggressively and securing workers ahead of their rivals will become “the winners of the competition and enjoy prosperity in the new era,” he said.

“This is a great chance, on a first-come-first-served basis,” Mr. Kuroda said.

Companies benefiting from a weak yen and falling energy prices will find it easier to respond to Mr. Kuroda’s call. The question is whether others suffering from higher import costs will raise wages and, even if they do, whether wages will keep pace with inflation.

If he can’t persuade a broad spectrum of firms to get on board, Mr. Kuroda might find the need for his own policies to evolve.