“I panicked,” said 35-year-old da Silva, recalling the afternoon in early March that her life turned upside down. “It wasn’t time. It was too early. I knew I could lose the babies.”

Doctors at Tufts Medical Center in Boston did everything they could to delay da Silva’s labor. Considered the threshold of “viability,” an estimated 50 percent of babies born at 24 weeks don’t survive, and those who do are at risk for a host of health problems. But four days later, Alexandre was born. He weighed 745 grams –- roughly 1 pound, 10 ounces.

Da Silva said her husband, Ronaldo Antunes, could hold his son in the palm of his hand.

“They brought him to me to give him a kiss,” said da Silva, recalling the whirlwind delivery after just three painless pushes. “He was crying, but he was very tiny and I was very scared. I said to my husband, ‘He’s too tiny.’”

Da Silva stayed in the delivery room as her son was whisked away to the neonatal intensive care unit, but the second twin didn’t come. The contractions waned, and da Silva’s once-dilated cervix closed back up.

“They said, ‘Maybe you’ll deliver in hour or a day or one week,” she said, recalling how a team of doctors listed the benefits of keeping “Baby B” inside. “They said, ‘The longer he stays inside, the more he will grow.’” 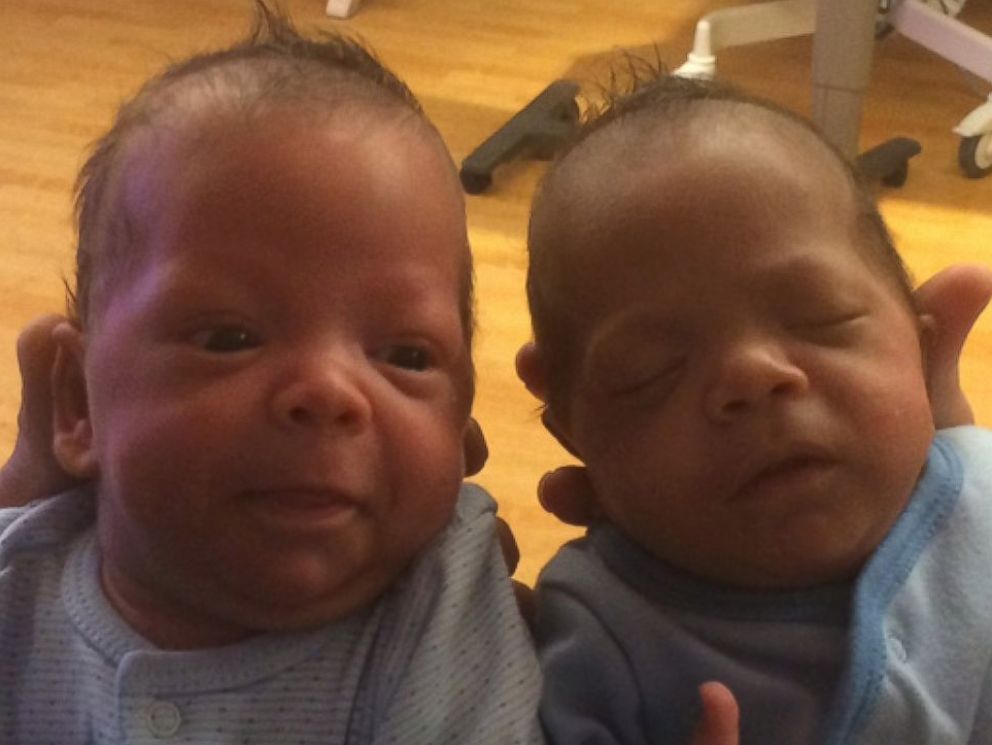 As Alexandre grew in an incubator down the hall, his twin brother Ronaldo grew inside the womb that the pair once shared. Da Silva took antibiotics to fight off infections, since Alexandre’s umbilical cord and placenta were still inside her.

“On the second day after Alexandre was born, his umbilical cord came out,” da Silva said, recalling how her horrified husband “saw it hanging.” “But they just cleaned it and put it back inside.”

Thankfully, da Silva remained healthy. She was able to walk back and forth between her room in the maternity ward and the NICU.

“I would sing to him and touch him,” she said of her visits with Alexandre.

Three weeks after her first delivery, da Silva started having contractions again. This time, labor was neither quick nor painless. But born at 3 pounds, 3 ounces, baby Ronaldo was bigger and stronger than his brother, thanks to an extra 24 days inside.

“That time made a crazy difference,” said da Silva. “He was born like a regular baby. He didn’t need a breathing tube or anything.”

“They’re my miracle babies,” said da Silva of her growing boys. “Ronaldo because he stayed inside, and Alexandre because he’s a survivor.”

Da Silva admits that the first few months of motherhood have been far from easy.

“There were times when I would cry a lot,” she said. “But I just had to tell myself it’s in God’s hands now. There’s nothing we can do but just pray and believe.”

Alexandre is still a bit smaller than his brother, and doctors say he might need surgery down the road for eye problems and a hernia. But da Silva said she hopes the pair will be able to leave the hospital next week –- right around their June 18 due date.

“I’ve got everything ready,” said da Silva. “I can’t wait. I go to sleep thinking about them.”