The man who once said a little inflation for Brazil is akin to a little sip to a recovering alcoholic is worried consumer prices may already be getting out of control. 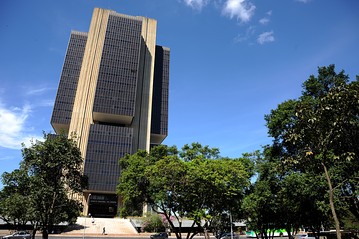 “Our neighbors were victims of the same vice,” former central-bank President Gustavo Franco said Monday in an exclusive telephone interview, referring to Argentina and Venezuela, where inflation is well into the double digits.

He said once consumer-price indexes get to “10% to 15%” it becomes “a slippery terrain,” and Brazil isn’t too far from that mark.

Mr. Franco’s comments were made just days ahead of a monetary-policy meeting at which Brazil’s central bank is widely expected to halt its inflation battle.

Brazil has an annual inflation target of 4.5% as measured by the official consumer price index known as IPCA. A variation of up to two percentage-points above or below that rate is allowed under the country’s policy.

The last time Brazil met the goal was in 2009. Since then the IPCA has been at 6% to 6.5%, and economists forecast the index to remain at the targeted-range ceiling this year and in 2015.

Still, 14 of 16 economists surveyed by The Wall Street Journal predicted the central bank would stop raising its benchmark Selic interest rate and leave it at 11% when its two-day policy meeting ends Wednesday.

The bank has been raising borrowing costs since April 2013, when the Selic was at a historic low of 7.25%.

Brazil has a history of high rates due to its efforts to leave behind years of extremely high inflation, when consumer prices could go up 80% in a single month. The Selic rate was 12.5% in October 2011, when the central bank said the global economy wasn’t favorable for growth and decided to cut the rate, which it did for months until it hit the historic low a year later.

The Brazilian central-bank decision to cut rates while inflation was still above target is often criticized today, and critics like Mr. Franco fear that policy makers are still too lenient.

Mr. Franco said although the IPCA is at 6.3%, its “services” component is already around 10%, while prices the government controls such as energy, public transportation and utilities, are held down despite cost pressures.

The 10% mark in services is risky, he said, because once inflation hits the low double-digits people begin demanding that salaries and other costs go up every six month, instead of a year.

“Then (inflation) goes quickly to 20%, and then comes price controls, distorting price statistics, all sorts of artifices,” he said.

Brazil’s Finance Minister Guido Mantega said last week that “inflation is declining” and that interest rates are already high. Meanwhile, central-bank President Alexandre Tombini said that the recent Selic hikes are yet to have full impact on prices.

The IPCA index rose 0.67% in April from March, slower than the 0.92% rise in March from February. But the index rose 6.3% in the 12 months ended April, an acceleration from the 6.2% pace in the year ended in March.