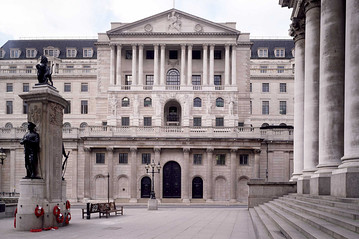 The Bank of England’s job is to maintain financial stability, not to prick bubbles in markets for real estate and other assets, one of the U.K. central bank’s top officials said Wednesday.

Ben Broadbent, a serving rate-setter who takes over as the BOE’s deputy governor for monetary policy July 1, told lawmakers the central bank can do little to arrest house price increases in the U.K. but can act to stem the build-up of dangerous levels of risky debts in the economy.

His remarks suggest officials’ appetite for tough action to clamp down on all but the riskiest lending may be limited.

“We are not primarily in the business of identifying and ending bubbles,” Mr. Broadbent told parliament’s treasury committee, which scrutinizes economic policy.

He said what worries him is the risk that rising prices cause borrowers to take on unaffordable debts and banks to make riskier loans.

“That is what really matters for financial stability,” Mr. Broadbent said.

His remarks come amid deepening concern that the U.K. could be at risk of experiencing a destabilizing bubble in the housing market following a rapid recovery in prices.

Mr. Broadbent, in written testimony to the committee, conceded the housing market as the “main potential threat” to financial stability in the U.K. from the domestic economy. But he said real estate doesn’t yet pose a risk, citing the low level of transactions in the housing market and the slow pace of growth in overall household debt.

The BOE’s Financial Policy Committee, which safeguards financial stability, meets this month to discuss the housing market and other stability risks facing the U.K.

Mr. Broadbent also serves on the rate-setting Monetary Policy Committee. Quizzed on interest rates Wednesday, he said he expects rates to rise only gradually once the BOE begins to tighten policy, a move investors expect early next year.

He added BOE officials must plan carefully for eventual sales of some of the assets it bought during a three-year stimulus push known as quantitative easing, or QE.

The BOE bought 375 billion pounds ($628 billion) of assets, mostly U.K. government bonds, and Mr. Broadbent said officials must be as “clear and coherent” as possible in communicating the central bank’s plans for reducing the size of its balance sheet so as to avoid any market disruption.