Burned Out? How to Know When You’ve Been on the Job a Long Time – Real Time Economics

The median American worker has been on the job for 4.6 years, according to new data from the Department of Labor, little changed over the past two years. But while the trends in job tenure change very slowly, the release provides an interesting snapshot of how people at different ages and in different industries stack up. 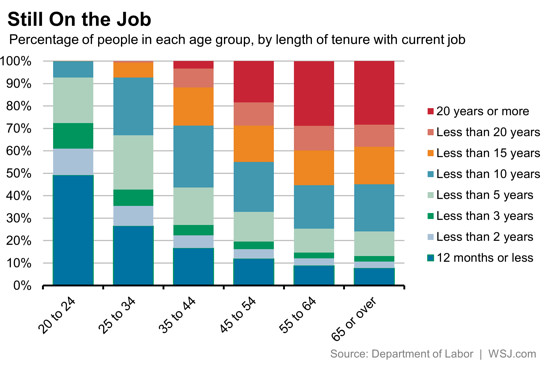 Job tenure stretches out considerably as people age. Nearly 50% of people between 20 to 24 have been in their current job for less than a year. From ages 25 to 34, more than a quarter  have been on the job less than a year, and the median tenure is three years. That’s because young workers are both newer to the labor force and switch jobs more often. As workers age they tend to stay on their jobs for longer and move around less often.

But there’s also considerable variation in job tenure by industry, with government workers holding their jobs for the longest period–median tenure of more than eight years–while those in the leisure and hospitality industry have been in their current job for just over two years. 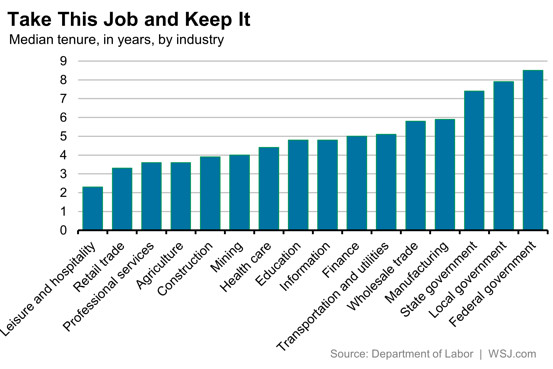