Camp for Kids With Cancer Fights to Survive Funding Cuts

Gretchen Batcheller was 13 years old when she was diagnosed with leukemia in 1987.

“It’s a rough age to begin with [and] you add balding,” Batcheller told ABC News. “I escaped into myself. I wasn’t the same happy person I was before my treatment.”

At Camp Goodtimes, a Vashon Island-based summer camp in Washington for pediatric cancer patients, Batcheller said she met other kids with cancer.

“What that first year did for me is instilled this hope in me that I would seem normal again,” said Batcheller, who first attended the camp in 1988. “I didn’t have to explain anything like my bald head or explain my puffy cheeks. It was this really relaxed place where I didn’t feel insecure about how I looked.”

Batcheller said she returned to the camp for four years, even after she went into remission, and she’s been counselor and administrator ever since. Her husband even works as the camp director, she said.

But now Camp Goodtimes is struggling to survive after the American Cancer Society announced plans to pull funding for camps and refocus its resources to “save the most lives.”

“Our goal is to eliminate cancer as a major health concern,” ACS spokesman Eric Beikmann told ABC News. “To do that we have to sharpen our focus.”

The organization plans to reallocate camp funds into pediatric cancer research and treatment programs as well as public policy outreach, according to Beikmann.

A Camp for Kids Who Don’t Feel Pain

Batcheller said the announcement was “shocking” to campers.

Alicia Dunham said Camp Goodtimes was one of the few places her son, Connor, could simply be a kid. Diagnosed with leukemia at age 7, Connor has been a camper for four years, his mom said.

“I was in shock when I heard they lost the funding. I was in tears. I felt like my child didn’t matter,” she said, adding that Connor cried “all the way home” when he heard the news. 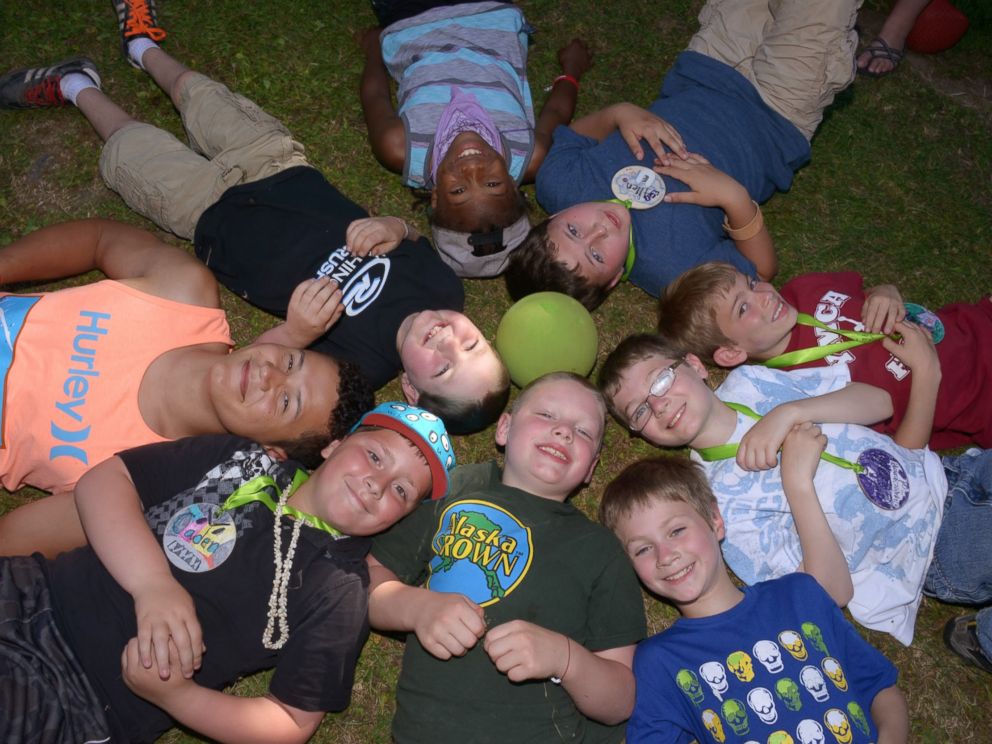 PHOTO: Camp Goodtimes has been a fixture in the Seattle area for 30 years.

Camp officials were notified of the funding change a year in advance, so they teamed up with parents to raise funds themselves. They managed to pull together $400,000 – a mix of big institutional donations and smaller contributions from young campers desperate to keep the camp running, according to Batcheller.

“We had to take a faith walk,” the camp’s executive director Carol Mastenbrook told ABC News. “We had to put a deposit down with the little money we had. We did that and we announced to the world we would have a camp before…things aligned to support [the] camp.”

This Friday, Connor will be among 230 kids attending two different week-long camp sessions.

Batcheller will also be there, although not be there in an official capacity since she is now 38 weeks pregnant with her first child. Her due date, July 2, falls on the same date that she was diagnosed with leukemia in 1987. She said she’s looking forward to working with teen campers, who remind her of herself when she first went to camp.

“[The doctors] cured me, but camp is what saved my life,” she said. “That made me feel human again.”

While the camp’s funding is stable this year, Batcheller, Mastenbrook and Dunham are already planning ahead to get enough funding for next year, they said.

“For an organization to say that quality of life programs are not a part of the cure…I would disagree and say it’s every much a part of the cure,” she added. “It gave me hope in a way that a [hospital ]can’t.”