As Brazilian fans start to recover from their devastating loss to Germany in the World Cup semifinals, experts say that heartbroken fans should be sure to take care of themselves as losing can come at a cost greater than national pride or a Sad Brazilians Tumblr, it can even affect the health of diehard fans.

A 2013 study published in Psychological Science journal found that fans were more likely to eat high fat and high calorie meals after their team lost an important game. Researchers looked at the eating habits of 726 people in cities with teams.

In cities where a team lost, fans consoled themselves by eating 10 percent more calories on their food than a normal Monday and 16 percent more saturated fat according to The Telegraph. 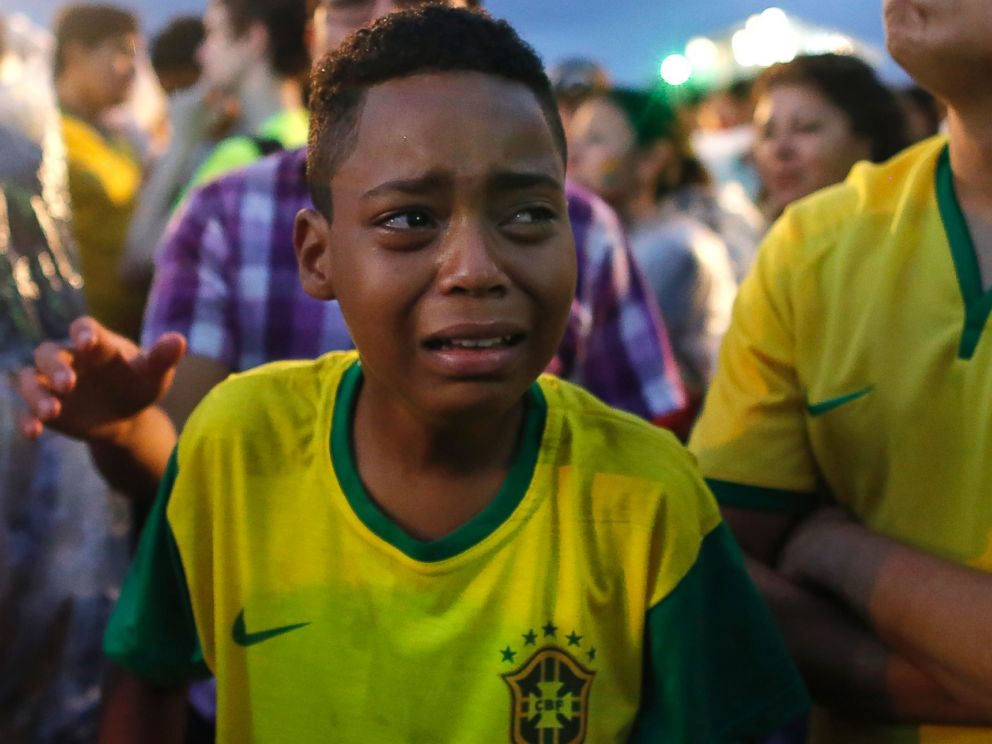 PHOTO: Brazil soccer fans cry as they watch their team get beat during a live telecast of the semi-finals World Cup soccer match between Brazil and Germany, inside the FIFA Fan Fest area on Copacabana beach in Rio de Janeiro, Brazil on July 8, 2014.

A similar study by the same authors conducted a study with 78 French sports fans and found when fans–especially soccer fans–wrote about a game their favorite team had lost they ended up reaching for comfort food.

While experts have long known that people can overeat when they’re emotional, it wasn’t clear if simply losing the big game would qualify. 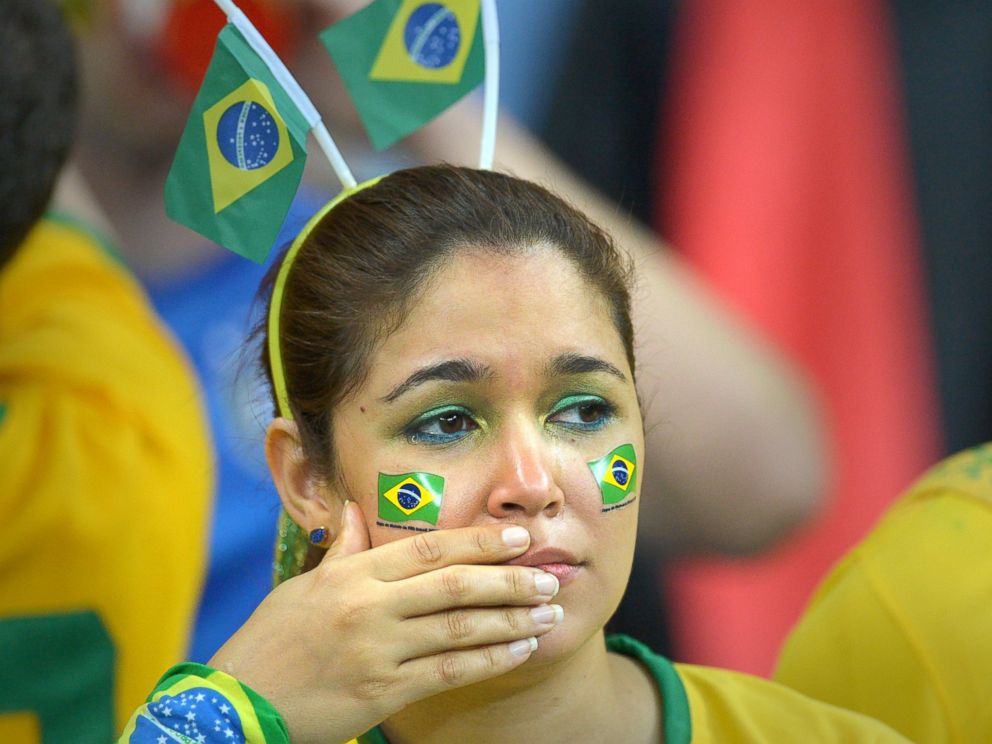 PHOTO: A supporter of Brazil in tears is pictured during the FIFA World Cup 2014 semi-final soccer match between Brazil and Germany at Estadio Mineirao in Belo Horizonte, Brazil on July 8, 2014.

According to the study’s lead author and Ph.D candidate in marketing at the INSTEAD business school in Paris, Yann Cornil, the researchers were surprised with how clear the findings were.

“The research was usually done in a lab in which people watch sad movies and we look at how much we eat,” said lead author Yann Cornil. “It’s not very realistic. We were not sure in collecting real world data would replicate the results.” 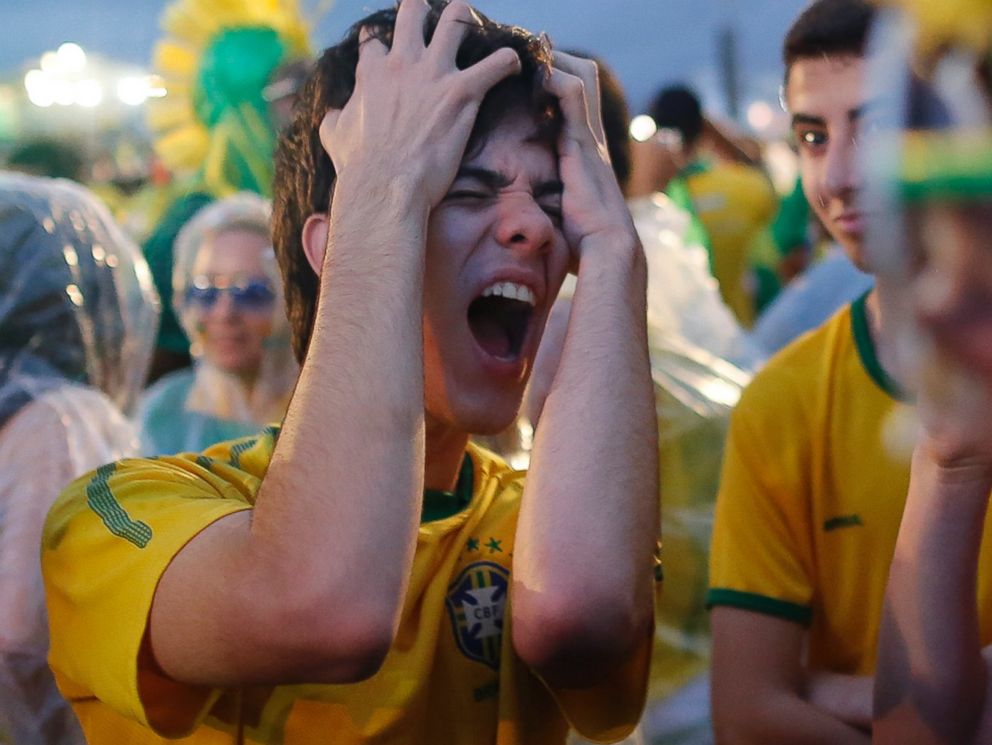 PHOTO: A Brazil soccer fan reacts in frustration as he watches his team play a World Cup semifinal match against Germany on a live telecast inside the FIFA Fan Fest area on Copacabana beach in Rio de Janeiro, Brazil on July 8, 2014.

But binging after a loss isn’t the only way game can affect the health of devoted fans. Yann pointed out a 2011 study that examined traffic patterns after college and basketball games and found that nerve-rattling close games could result in a rise in fatalities by as much as 133 percent.

Dr. Todd Peters, a child and adolescent psychiatrist at Vanderbilt Medical Center, said the biggest fans will often strongly identify with a team and this can be even more pronounced during international competitions where a sense of national pride also unifies fans. 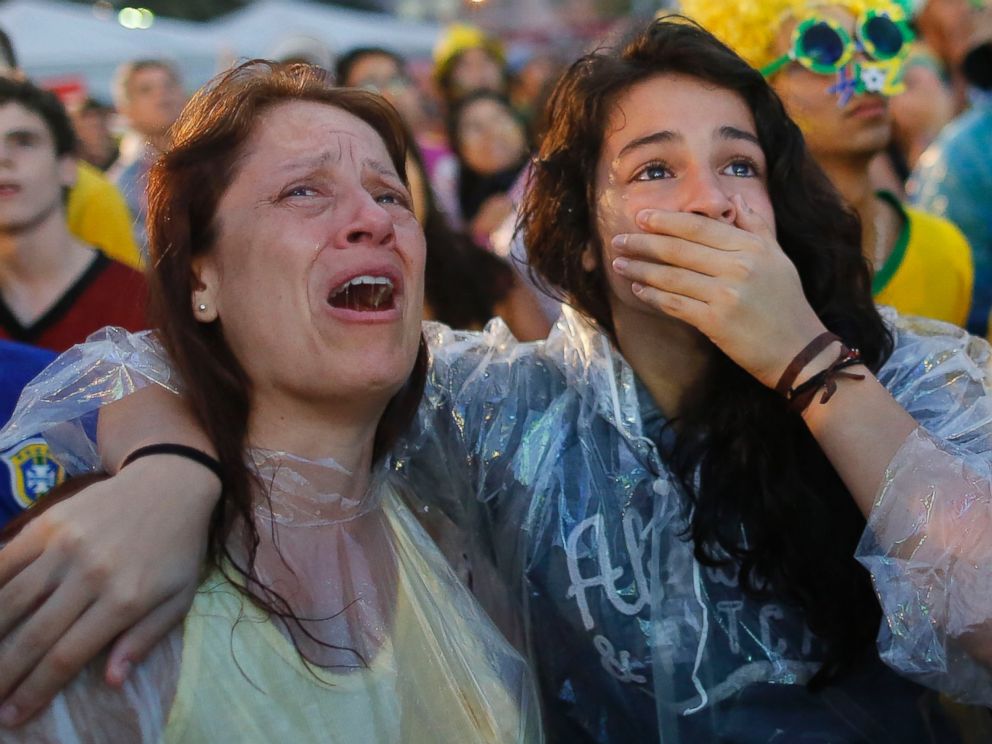 PHOTO: Brazil soccer fans cry as they watch their team lose 7-1 to Germany at a World Cup semifinal match on a live telecast inside the FIFA Fan Fest area on Copacabana beach in Rio de Janeiro, Brazil on July 8, 2014.