Cancer Lessons I Learned From a Fictional Teenage Boy 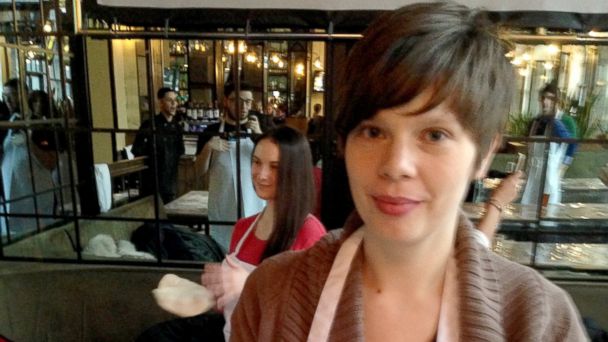 Emily Helck was diagnosed with breast cancer when she was 28. (Courtesy Emily Helck)

In the days leading up to my reconstructive surgery, I was scouring breast cancer forums, looking at dozens of reconstruction photos and generally fretting while applying creams and packs to the flat side of my chest.

But mostly, I was thinking about Augustus Waters from “The Fault in Our Stars.”

Some things to know: When I was 28, I found out I had cancer. Three years earlier, my then boyfriend, now husband, had gotten the same news. He had lymphoma, I had breast cancer.

When we saw TFiOS together, there were many things hit me hard and made me have to catch my breath: Hazel’s radiation mask, the same type my husband wore during his treatment for non-Hodgkin lymphoma, the stubbly-headed kids gathered for support group in The Literal Heart of Jesus. But none so intensely as Hazel and Augustus’s sometimes awkward, always endearing love scene. 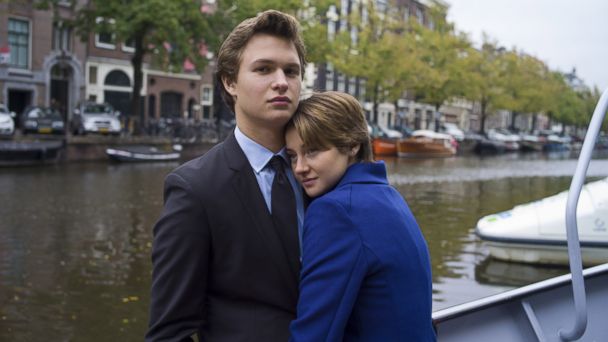 Hazel (Shailene Woodley) and Gus (Ansel Elgort) on their trip to Amsterdam in the film, “The Fault in Our Stars.” (20th Century Fox)

For the uninitiated: Hazel and Augustus are teens who meet in a cancer support group. Augustus is in remission for osteosarcoma, while Hazel is in treatment for stage four thyroid cancer. Hazel is on oxygen, which she brings everywhere in a rolling case. Augustus has a prosthetic leg. For most of the film, Augustus’s amputation is covered by jeans and trendy sneakers, with occasional playful flashes of his high- tech and pretty awesome looking prosthetic. Their friendship leads to romance, which leads to Amsterdam and the aforementioned love scene.

August and Hazel are navigating the tricky waters of each of their conditions, and the trickiness is heightened as the scene progresses.

I have little in common with Augustus, other than the fact that we both lost a part of our bodies to cancer treatment. I’m comparatively old and less adorable. I’m lacking in his particular brand of intensity and charm. I have not lost a limb.

But in the process of undressing, and revealing what is not there, we share a commonality. When Augustus prepares to reveal his amputated leg to Hazel, his face changes. He’s no longer cool and confident; he’s scared, unsure, and timid. It breaks my heart because it’s a face that I know very well.

With his eyes cast down, Augustus describes, in plain and objective language, the basic visual facts of his amputation. His face betrays caution and fear. Fear that, after everything, that this will be the thing that chases Hazel from him. That the truth of his body will be so shocking that she will run. 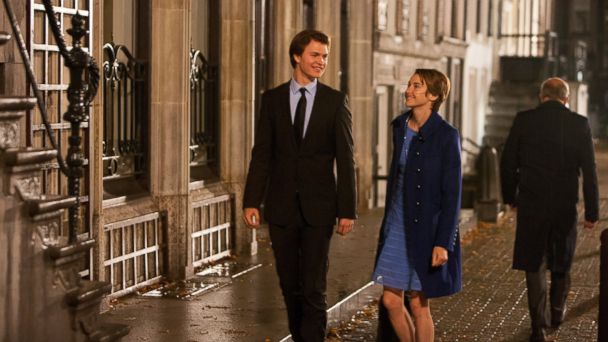 Ansel Elgort, left, and Shailene Woodley appear in a scene from “The Fault in Our Stars.” (20th Century Fox/AP Photo)

At this point, perhaps I should say that I don’t disrobe in front of anyone but healthcare professionals. I avoid clothing that might be accidentally revealing. For the same reason as Augustus: I don’t want to scare anyone. I was recently considering rejoining the Y to use the pool and finally learn how to swim. But then I remembered the locker room situation. Not negotiable.

And though my husband has seen the results of my treatment while attending appointments with me, I don’t undress in front of him at home.

But back to the film. In this moment, all of Augustus’s endearing bravado vanishes, and the ultimate truth of the film is revealed: that loss is real, loss is injurious. Loss is a pain that demands to be felt.

But also that loss isn’t everything. Hazel stays. In fact, she teases him for thinking she could be put off.

That body image and self-esteem are affected by cancer seems painfully obvious. But it’s an issue that’s never been put to me by any of my doctors. It’s just not on their radar, or they don’t know how to talk about it.

By conflating loss of virginity and the uncovering of Augustus’s lost limb, the film (and book) makes an important connection. That fragility is fragility. That self-consciousness is self-consciousness. That cancer-scar-revealing can be like losing-your-virginity: awkward, unsure, scary. But also, sometimes, ultimately, okay. (Okay? Okay.)

When I describe the area formerly known as my breast to myself, I fall into using adjectives that are full of negativity and emotion. I need to stop that.

Augustus started with an objective description of his amputation, before actually undressing: “It’s above my knee and it just tapers a little and then it’s just skin.” In the film he does not use words like ugly like I do when I talk about my mastectomy scar. Maybe that’s the first step.

(Is it weird that I’m learning life lessons from a fictional teenaged boy? Probably.)

So here goes: There’s a trapezoidal plane that’s discolored from radiation burns. It’s concave along the incision line. The scar is white and raised, and looks like a caterpillar traveling towards my heart.

Emily Helck is a 29-year-old artist from Jersey City, N.J. When she began chemotherapy in September 2012, she started her blog, “Real Tumors of New Jersey.”  She posted a video containing a year of self portraits to her blog on Sept. 29, which has since gone viral.

“A Day in the Life” is a series of blogs written by people who are living with medical conditions.