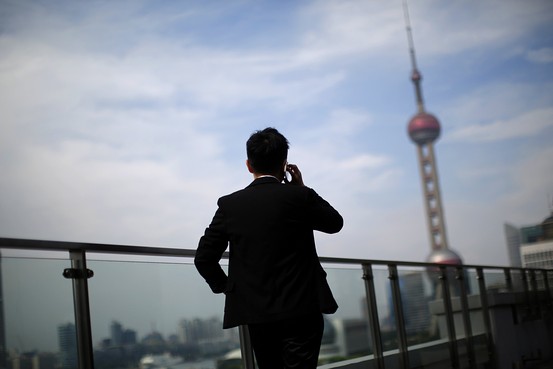 In real estate, every downturn has its buzzards. Generally speaking, most people assume the bottom has been reached when those opportunistic birds swoop in.

There may not be a whole lot of swooping yet in China, where housing prices have dropped on a month-to-month basis for three months in a row and commercial property has similarly weakened. But in recent weeks, some opportunists have signaled that the circling has begun.

“Sometimes when the market is not good, in fact it also means opportunities for new acquisitions,” said Ho Cheok Kong, president of the China arm of Singapore-based property developer Keppel Land Ltd.

So far in 2014, real estate deals have totaled $32.3 billion, versus a record $44.2 billion last year, according to data provider Dealogic. More than half of the deals this year happened in the first quarter. The pace of deal-making has since slowed but there’re signs it may be picking up as investors search for bargain-basement prices.

Alpha Investment Partners, a unit of Keppel Land, is in talks to purchase a Shanghai office building from ARA Asset Management for around 1.54 billion yuan ($250 million).

Mr. Ho said last year, with credit flowing freely, prices were rising too fast for major acquisitions. But tighter credit this year, as banks fear defaults of smaller players, has led to slower price rises in big cities, creating some opportunities. (The price declines have mainly been in smaller cities and towns.)

Keppel Land China, which has operations in nine cities in the country, saw margins come down as home prices have not risen as much as initially forecasted, but it “can afford to wait and hold on,” Mr. Ho added.

“The uncertain outlook for the residential market will provide land or project acquisition opportunities for strong and cash-rich developers,” said Beijing-based developer Soho China in its first half earnings statement Thursday. The company said it “will continue to monitor the market conditions closely to explore opportunities for acquiring attractive quality assets in the prime locations in Beijing and Shanghai in 2014.”

Not everyone agrees now is the time to buy, even if prices are no longer running hot.

Property developers and analysts expect the current housing market downturn to weed out weaker players among China’s more than 85,000 property developers. A severe supply glut of apartments and weakening economic growth have dragged down earnings growth, even for many of the larger property developers, in the first half this year.

Nationwide housing sales in China fell 10.5% in value terms in the first seven months of this year compared to the same period of 2013, while home prices fell for the third consecutive month in July on a month-over-month basis.

But institutional investors appear to be still sanguine on some commercial projects and in the larger cities, because of the prospects of rising demand from middle income earners in China.