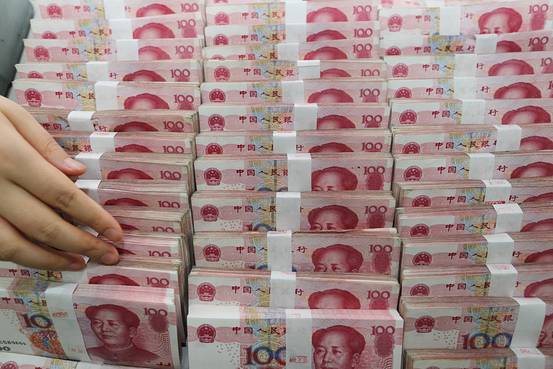 China’s action is a zero-sum game and thus the first shot in a currency war.
STR/AFP/GETTY IMAGES

In recent years, Japan, the U.S. and Europe have been accused of fomenting currency war by employing monetary stimulus that drove down their currencies. These accusations were off base: by boosting domestic spending with easier monetary policy, everyone, including their trading partners, benefited.

But China’s move this week to devalue the yuan is an exception. Because its action was not part of a broader monetary boost, the effect will be to siphon demand from its trading partners while giving nothing in return. It is a zero-sum game and thus the first shot in a currency war.

When the Federal Reserve or the European Central Bank ease monetary policy by cutting interest rates or buying bonds, it prompts investors to move their money elsewhere in search of a better return. This will ordinarily drive down the dollar or the euro. The Fed and ECB, though, have no say in how much it will drop. They only know that the boost to their economies will come through the combined effect of lower interest rates and a lower currency. While the latter may hurt their trading partners, the former will help since stronger domestic demand usually leads to more imports.

By contrast, China has a closed financial system and routinely adjusts interest and exchange rates independently of each other. This week’s devaluation did not come about because of an interest rate cut, but in lieu of one. In seeking to stimulate the economy, the Chinese authorities appear to have taken aim at exports, rather than take the chance that lower rates might elevate asset prices and debt. 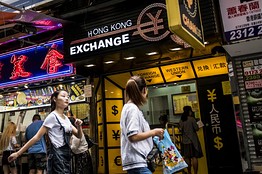 The U.S. and the International Monetary Fund have long called on China to let market forces rather than government diktat determine the yuan’s value. This is what China claims to be doing. Market forces had been pressing the yuan to the bottom of its permitted trading band, and henceforth, that trading band itself will adjust in accordance with where market forces are pushing the currency.

But this is far cry from truly making the yuan market-determined. The fact that the People’s Bank of China will maintain any sort of trading band, that the formula behind the band remains a black box, and that trading (at least of the onshore currency) may not occur outside that band, are all at odds with the true market determination.

How, one might ask, is this different from, say, Denmark, which pegs its currency, the krone, to the euro? The reason is that Denmark adjusts its monetary instruments–interest rates and the volume of the volume of krone that it prints–to ensure that the market wants the exchange rate to trade at the peg. If the market is pushing the krone above that level, Denmark has to lower interest rates, print krone and buy euros. Thus, the krone’s peg and its fundamental market value are the same.

For China, the equivalent action would be to allow unlimited purchases and sales of yuan by foreigners and residents, and then use both intervention and interest rates to push the yuan to its desired level. But for all their talk of market reforms, China’s authorities remain deeply attached to having as many macroeconomic levers as possible, and making the exchange rate an appendage of monetary policy, as in most countries, would surrender one of those levers.

While on the surface China has moved in the direction of market determination, it is surely not a coincidence that it came when markets were pushing the yuan in the direction the authorities consider essential for economic stimulus. This has the collateral benefit of leaving the Obama Administration tongue-tied. Since in principle the U.S. only wants the yuan to be market-determined, it can’t really complain if the result is that the yuan goes down instead of up.

But the real test of whether China is truly committed to market determination is when market forces push in the opposite direction to what the authorities prefer. Perhaps China really means it, and will stand aside when that happens. On the other hand, its commitment to market-determined equity prices lasted so long as those prices kept going up, and melted away when prices headed down.