China Now Has More Millionaires Than Any Country but the U.S. – Real Time Economics 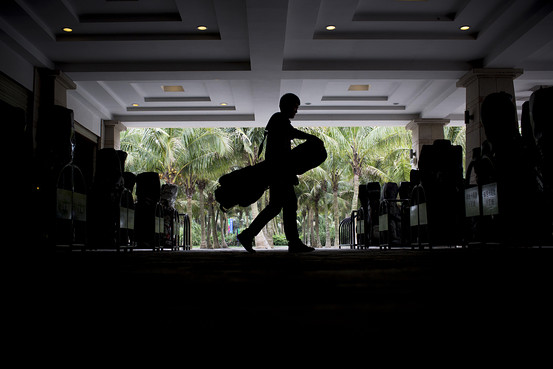 A caddy carries a golf bag at a resort in Hainan province.
Bloomberg News

There are now more millionaires in China than in Japan, as the wealthiest Chinese reaped huge returns from shadow-banking-related financial products, a new study revealed.

China’s millionaire population is now the world’s second-largest, trailing only the U.S., which boasted 7,135,000 millionaire households in 2013.

BCG defines a millionaire household as those with $1 million in total liquid wealth, including stocks, cash and other financial investments but not real estate, collectibles or luxury items.

The firm said it calculated total wealth by reviewing national accounts and other public records, then distributed the wealth over a curve based on wealth-distribution statistics available in each country. It also researched national statistics to identify the types of assets owned by those in different countries.

The Chinese saw their portfolios swell as wealth in the country grew by a whopping 49% to $22 trillion last year. The report’s authors attributed that explosive rise to specialized financial products such as trusts — the amount of wealth in trusts rose 82% in 2013 — “reflecting the country’s rapidly expanding shadow-banking sector.”

While booming stock markets fueled wealth growth in many other countries, including the U.S., China’s investors experienced the opposite: Wealth in equities actually fell 6.8% on the year among Chinese.

Globally, the number of millionaire households hit 16.3 million in 2013, a 19% rise from the previous year.

The BCG report is the first of several similarly themed reports often released around this time of year. The BCG study arrives nine days before a similar report, conducted by Capgemini and sponsored by RBC Wealth Management, is released.