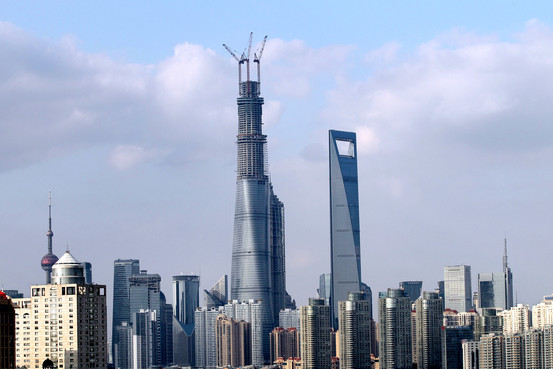 China’s economy remains on course for sustained growth at the pace projected by the government, even as it shows occasional flashes of weakness and instability, according to the chief of the Organization for Economic Cooperation and Development.

“We can still count on China for some time to continue to produce quite solid growth,” Angel Gurria, secretary-general of the OECD, said in an interview in Singapore. “I don’t see why people talk about a hard landing in China.”

A gradual slowdown is desirable for China to grow in a “more sustainable” manner, at between 7%-7.5% a year, Mr. Gurria said.

His comments come amid a slew of Chinese economic data that have raised doubts about whether the economy can reach the government’s growth target of around 7.5% for this year.

The world’s second-largest economy grew 7.4% in the first quarter compared with a year earlier, down from 7.7% in the final quarter of last year. Its property sector also appeared to weaken, with average prices for new homes falling in May on a month-to-month basis for the first time in nearly two years, according to private data provider China Real Estate Index System.

Chinese officials have suggested they’re willing to tolerate slightly slower growth as they attempt to overhaul the economy to remove excess capacity in sectors such as steel and cement and allow a bigger role for consumption. At the same time, Beijing doesn’t want growth to slow too sharply –which could push up unemployment — and continues to bolster the economy with monetary and fiscal support.

Broader-based economic reforms are in the works, and Mr. Gurria believes President Xi Jinping’s administration has the gumption to push them through.

“I think there’s a newfound willingness in the [Chinese] leadership now to go for a reform agenda,” Mr. Gurria said.

“The only way is by increasing productivity and therefore their competitiveness,” he said.