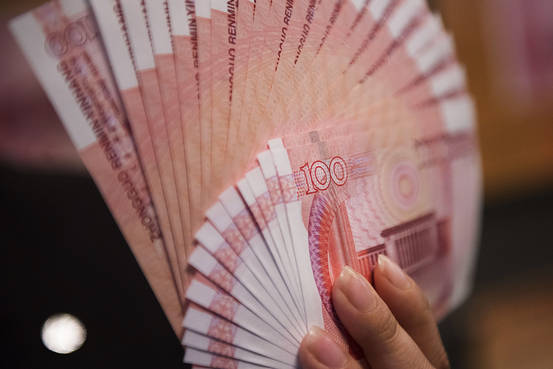 “They must be expecting the dollar will rise further,” said Joseph Gagnon, a senior fellow at the Peterson Institute for International Economics.
XAUME OLLEROS/BLOOMBERG

China’s indication Friday it will loosen its long-time peg to the dollar and instead target a basket of currencies on the eve of an expected U.S. Federal Reserve rate increase is likely no coincidence.

The Fed’s anticipated move next week and further increases in the coming year are expected to pressure the dollar higher against most major currencies around the world.

That’s the last thing Beijing wants as it struggles to prevent its economy from collapsing. A stronger yuan would add another headwind to its travails, weighing on exports.

Removing the peg amid a strengthening dollar would also mean Beijing wouldn’t have to continue ransacking its foreign exchange reserves to stabilize the yuan’s value, an increasingly expensive task.

If the peg switch does allow additional depreciation of the yuan against the dollar, the move may also help alleviate building political pressure against liberalizing China’s markets, buying more space for reformers to press ahead.

Chinese authorities might also make the argument that moving to a peg against a basket of currencies is a step toward making the yuan more flexible: A basket peg would increase the yuan’s movement against the dollar.

China Economic Growth Falls Below 7% for First Time Since 2009