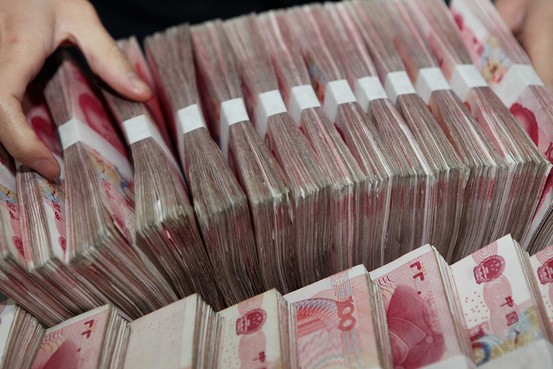 China’s May economic data brought some pleasant surprises, with the government’s “mini-stimulus” measures credited with producing a modest turnaround after the sluggish start to the year.

Many analysts said the data show signs the economy is stabilizing, but others said there’s trouble ahead and that more support for the economy – on top of the stepped-up tax breaks and railway spending already announced – will be needed. The biggest risk to growth is the sagging property sector.

“The worst is not over, we believe,” Standard Chartered economists wrote in a note to clients. “We maintain our call that actual activity growth is likely to slow further in the third quarter.”

China’s industrial output grew 8.8% year over year in May, up slightly from 8.7% in April. Growth in electricity output also gathered pace, rising 5.9% year over year after a 4.4% gain in April. Nominal retail sales were stronger, and there was an uptick in the official manufacturing Purchasing Managers’ Index.

Barclays economists wrote they were raising their second quarter growth forecast to 7.4% — from 7.2% previously – noting “upside risk” to their full-year prediction of 7.2% growth. Meanwhile, Nomura raised its economic growth forecast for the year to 7.5% — in line with the government’s target – from an initial forecast of 7.4%.

China’s saw first-quarter gross domestic product growth of 7.4% year on year, down from 7.7% in the last quarter of 2013.

“The slight improvement in the activity data in May was mainly due to the mini-stimulus,” Lu Ting, economist at Bank of America Merrill Lynch, wrote in a note to clients. “We expect Beijing to roll out more targeted measures in the coming months.”

Barclays noted that the “Li Keqiang Index” – a set of indicators the Chinese premier reportedly thinks give a truer picture of the economy than GDP – also suggests growth bottomed in March and is improving now. The index tracks new loans, electricity production and railway cargo.

In addition to the rail spending and tax breaks, Beijing has warned local governments to spend money that has been allocated for approved projects – or risk losing it.

Government spending was up 24.6% in May from a year earlier, the Finance Ministry said. In April, fiscal spending rose 1.1% from a year ago, according to calculations by The Wall Street Journal based on official data.

The central bank also has told some banks they could lend more of their deposits, letting city commercial banks and rural financial institutions hold less of their deposits in reserve. The move pointedly omitted the big five banks.

“They’ve done quite a lot so far,” said Tim Condon, economist at ING, referring to government measures to boost the economy.

He called it “very encouraging” that Beijing seems to have averted a more pronounced slowdown in economic growth. But that can’t be said for the property sector, which he described as in “a pretty cold shower.”

Analysts suggest that more loosening measures may be aimed at this key sector, which is an important driver of growth and accounts for 16%-25% of GDP if related industries like steel and cement are included in the tally.

China currently is seeing a correction in its housing market, which is plagued by excess supply in many cities outside Beijing and Shanghai, and tighter credit.

Property sales were down 7.8% year over year in May, after falling 6.9% in April. That dragged fixed asset investment down on the month: It grew 17.2% over a year ago, its slowest gain since January 2002 and down from 17.3% in April.

Local governments also have started to relax some of the curbs on purchases of multiple homes imposed as part of an effort to keep prices from spiraling higher. The city of Shenyang in the northeast quietly told real-estate agencies that it will not enforce curbs on home purchases in certain parts of the city – though officials have been shy about formally confirming their stance.

“Moderation in property investment will remain as the major threat to the country’s recovery,” said Zhang Fan, economist at CIMB Securities. Otherwise, he said, the economy appears to be stabilizing.

“We expect more local governments will soften their restrictions for the property sector,” he said.