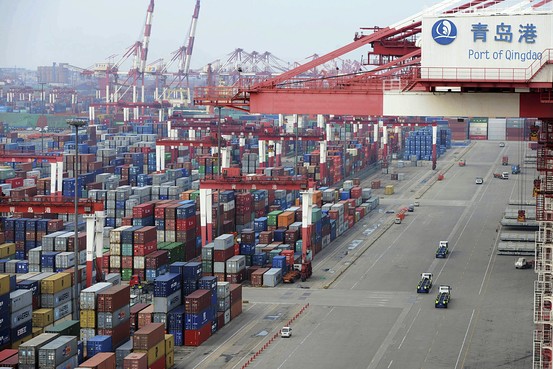 China’s weak demand for electronics parts and other goods made in Asian countries has economists scratching their heads.

U.S. economic growth is picking up, and if history is any guide, this should lead to stronger demand for Chinese-assembled electronics. That in turn should fire demand for electronics parts supplied from across Asia.

Something is different this time. South Korea is China’s main source of intermediary goods for computers and other electronics. But Korea’s exports to China declined between May and July. Exports from Taiwan to China also have been subdued.

Officials in Seoul worry that China is moving up the value chain, producing its own higher-end electronic parts, and eating Korea’s lunch in the process.

Economists have rushed to explain this surprising trend. As yet, there’s no consensus over what’s going on.

Johanna Chua, an economist with Citibank, thinks China could be moving up the value chain, reducing its need for imports from northeast Asia. But she’s unsure and sees other reasons for the decline, including that some factories may have relocated from China to Southeast Asia, where costs are lower.

Ronald Man, an HSBC economist, thinks China is still too far down the supply chain to start taking business away from the likes of South Korea and Taiwan.

“This should alleviate fears amongst more developed economies in emerging Asia that China will hollow out their electronics industry anytime soon,” Mr. Man wrote.

Over time, as China does move up the value chain, HSBC sees risks for Korea and Taiwan. Countries like Thailand, that currently compete with China in lower-end manufacturing of computers, could benefit as China exits some segments.

Taimur Baig, an economist with Deutsche Bank, sees yet another explanation. The U.S. recovery is not leading to the same kind of demand for Asian exports as in the past, and that could be affecting China’s demand for imports.

Many Asian economies rely on electronics for more than a third of total exports. But exports from Asia through July have been weak.

Mr. Baig thinks the U.S. pickup this time has occurred without a big jump in consumption, perhaps a reflection of job security concerns and tighter credit conditions. And that’s hurting demand for Asia’s exports.

“As long as labor market weakness persists, Asian exporters will struggle to find the typically eager buyers of the past,” he wrote in a note to clients.