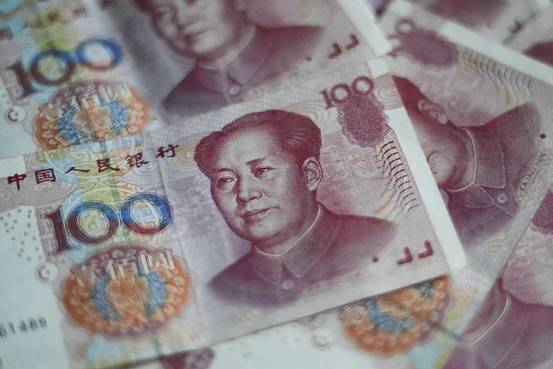 When you adjust for inflation, the yuan has fallen just 1.5% against the U.S. dollar.
FRED DUFOUR/AFP/GETTY IMAGES

When China devalued its currency starting Aug. 11, the financial world trembled. Although the central bank was quick to point out that the devaluation wasn’t aimed at aiding China’s beleaguered exporters and wasn’t the start of a long-term slide in the currency, many investors were skeptical.

The devaluation, though, has turned out so far to be pretty much a one-time event—and the People’s Bank of China has intervened repeatedly to make sure the slide is limited.

On a nominal basis, the yuan has fallen by about 2.9% against the dollar since the devaluation. But Brookings Institution researcher Karim Foda, at the request of Real Time Economics,  did some calculations to take into account the different levels of inflation in the U.S. and China.

When you adjust for inflation, the yuan has fallen just 1.5% against the U.S. dollar.

Here are his calculations for U.S. and other nations, too. 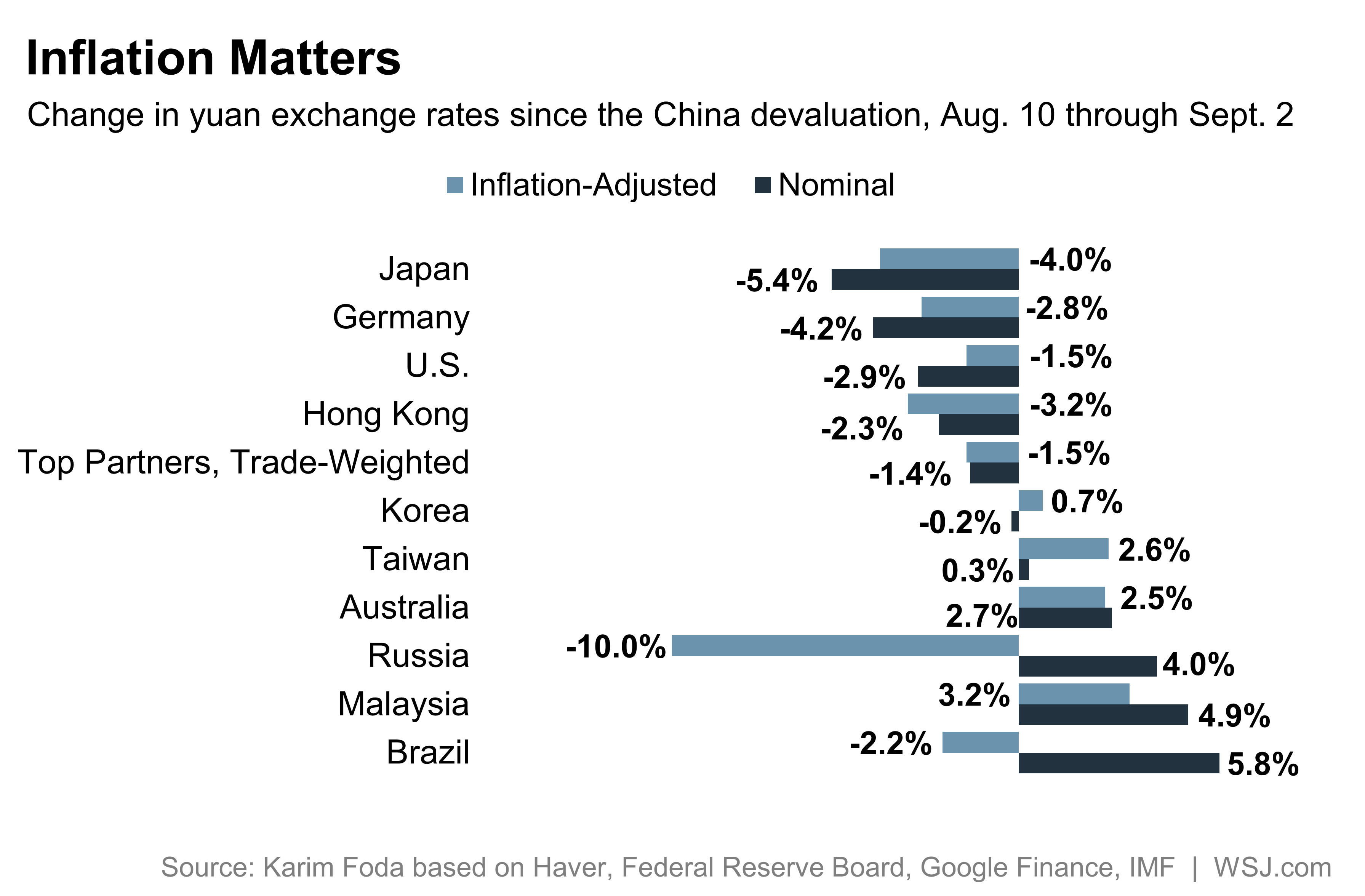 The modest devaluation thus far doesn’t mean that it will continue. For now, Beijing wants a very stable currency.

That’s because Communist Party chief Xi Jinping is coming to Washington for a state visit on Sept. 24 and wants to keep currency off the agenda as much as possible, said China specialists. Afterwards, the Chinese may feel far less pressure to keep the currency in line.

Indeed, the U.S. Treasury has urged the Chinese for years to let the currency float according to market demands. China may yet take the Treasury up on that request—especially now when the market is pressing for further devaluation.

“They are doing what they have been told to do,” said Cornell University economist Eswar Prasad, a former International Monetary Fund China expert. He said the Chinese profess “bafflement” that the U.S. would object if the yuan fell in value over time.

China Slowdown Could End Up Being Good News for U.S.

Why Does China’s Economy Need to Change? For Clues, See Smaller Cities

China Fires the First Shot in a Currency War

After Two Weeks of Market Turmoil, What’s Changed? Not Much