Comedy Studios That Filmed Tommy Cooper And The Office Are Flattened

Comedy Studios That Filmed Tommy Cooper And The Office Are Flattened

As the dust clears away from the latest casualty in the war waged by the ‘regenerative’ bulldozers, it’s left to Londonist to sift through the rubble and find out just what we’ve lost with the current demolition of Teddington Studios.

This was where Tommy Cooper, Benny Hill and Morecambe and Wise filmed their shows, as well as more recent sitcoms such as Birds Of A Feather, The Office, Mr Bean, Black Books and Goodnight Sweetheart. Other famous people to have popped in over the years include the Beatles, Sammy Davis Jnr, Richard Burton and Danny Kaye. Then again Piers Morgan also shot interviews here and Robert Kilroy-Silk breathed his Marmite breath on the audiences of his talk show, so maybe not all the memories are worth preserving. 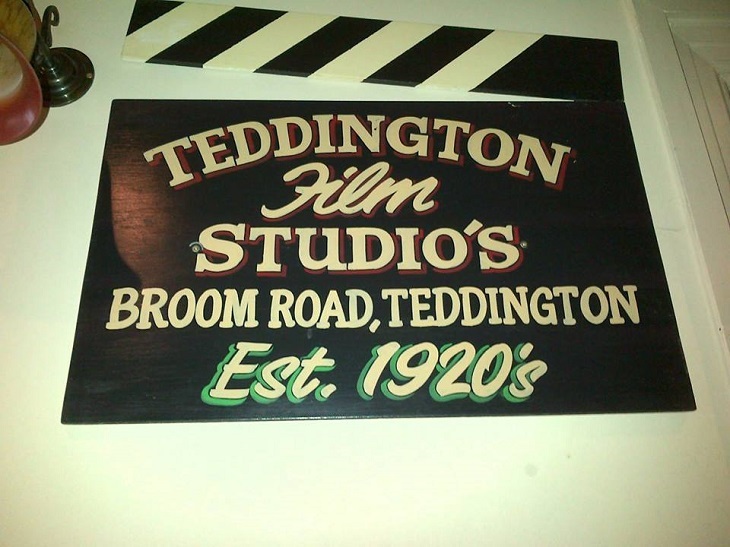 The entrance of Teddington Studios – as it was. Photo: Creative Commons.
Morecambe and Wise brought us sunshine from Teddington. Photo: Creative Commons.
Set in Slough, The Office was actually filmed in the Richmond facility.
Benny Hill who filmed his show in Teddington – and also died in the area in 1992.
Thames Television was one of the companies that thrived.
The recent series of Goodness Gracious Me was one of the final comedy shows to shoot at Teddington.
Kill Your Friends – a tale of corporate greed and destruction and coincidentally, one of the last films to be shot at Teddington Studios before Michael Heseltine’s Haymarket Group sold the complex down the river. (In unrelated news, Heseltine was ranked 311th in the Sunday Times Rich List 2013 with an estimated wealth of £264 million).
Studio 2. Photo: Creative commons
TV producer Matt Strevens (The Bill, Skins, Misfits) mourns the passing on Twitter @MattStrevens1
A computerised image of the delicious development potential, taken from the Teddington Riverside website.
Damage done by a V1 flying bomb on the evening of July 5, 1944 at 8.10pm
A map of the site from 1931.
The glasshouse where it all began.
Birds eye view of the studios by the river Thames.
The King’s Head nearby the studios, also known as the Benny Hill Pub since it was his local and had props on the walls including a full sized stuffed camel.
The Haymarket Group sold the studios to housing developers.
Faded glory.

Situated on a bucolic stretch of the Thames in Richmond, it was perhaps only a matter of time before the site of these historic facilities was declared prime real estate and an identikit scheme for modern apartments was pencilled in.

Besides being the birthplace of numerous television classics, the studio also has a fascinating history in filmmaking lore. Production dates back to the early 20th century when the site’s owner, a forward-thinking banker called Henry Chinnery, let some amateur film enthusiasts use his greenhouse as a temporary studio when a thunderstorm interrupted their shoot.

This then led to a company called Ec-Ko Films developing the place to make silent comedy and cowboy shorts (it also had a sideline in circus acrobatics). And the success of these early projects triggered a golden age of silver screen production continuing into the next few decades, with more and more of the buildings being turned into dedicated studios, including a much sought-after enclosed stage.

Ec-Ko handed over to Master Films who handed over to Warner Brothers, the latter using the facilities to churn out ‘quota quickies’ during the 1930s (British-made B-pictures to screen before more lucrative American imports). These included Errol Flynn’s screen debut, Murder at Monte Carlo, made in 1934 and movies starring Rex Harrison, Charles Hawtrey and Max Miller.

The second world war proved a setback when oil tanks in the complex were hit by a German doodlebug bomb which killed three employees including the studio’s production manager and also wrecked two of the stages.

After a lull in the 50s, the studios had a resurgence as independent commercial television began to boom following a loosening of the BBC monopoly. In 1958, the Associated British Corporation (ABC) bought and adapted Teddington for the production of colour television before handing over to offspring company Thames Television, whose logo and fanfare induces instant waves of nostalgia for viewers of a certain age (their stings are all edited together here in a montage that will make you go slightly mad):

While comedy was at the forefront of Teddington’s output, cult shows like The Avengers and The Tomorrow People were also made on site. Meanwhile, just around the corner sits The King’s Head, A once-quaint Victorian pub where cast and crew, including (apparently) the actors who played Zippy and Bungle in Rainbow, would wind down after work with a couple of bevvies.

Teddington continued making cracking comedy right up until the end, including The IT Crowd, Not Going Out and Goodness Gracious Me, as well as being used by occasional movies such as the recent black comedy Kill Your Friends. The very last day of recording was 21 November 2014, ironically an episode of Still Open All Hours.

Then on Christmas Eve last year, Teddington Studios went dark with Pinewood, its last tenant, vacating the stages before the owners, Michael Heseltine’s Haymarket Group, signed everything away to the drooling developers.

We’ll give the last words to kids TV favourites Dick and Dom who recently tweeted that the destruction of Teddington Studios after more than a century of near-continuous first class film and television production represented nothing less than “the end of comedy history.”

For a fuller account and more photos try this history by Martin Kempton who worked there.