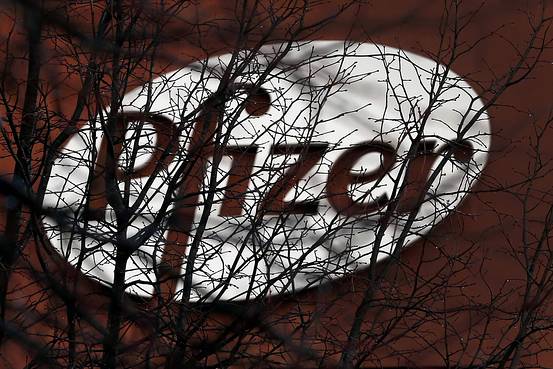 Pfizer Inc. said last week it would buy Allergan PLC in a deal worth $160 billion to slash its U.S. tax bill, rekindling a fierce political debate over the financial maneuver.
CATHAL MCNAUGHTON/REUTERS

Pfizer Inc.’s recent decision to escape the U.S. tax system by putting its legal headquarters in Ireland stoked another round of calls in Washington to revamp tax rules and protect the corporate tax base. It also inspired verse. Jessica Einhorn, a resident senior advisor at The Rock Creek Group in Washington and a former dean at Johns Hopkins University has previously mused on unemployment, bitcoin, the Fed and central banking. Now add to that list corporate inversion:

Pretend that we could disappear from sight
While staying anchored locally, at once
Domestic in our creativity
Foreign in accounts and legal stance
Impossible you say cannot be done
A magic trick that teases like a pun

Alas those profits can be squandered some
where else, for share repurchases it flows
The logic favors allocating funds
To make investors feel enriched today
Tomorrow may be cheated by the mix
Whose clock forebodes that future as it ticks

It’s activists! I hear the ding-dong Dell
Who left the public for a private spell
He’s free to innovate and looks beyond
The niggardly concerns of daily marks
Beware all private firms are not alike
Some take on debt to get the profit spike

And here’s the final rub that trumps them all
The interest when we borrow we deduct
But equity no subsidy has earned
This recipe must augur future stress
Can infrastructure links help save the day?
Bipartisan support we won’t gainsay

Lower the rate to bring the money home
Then build a bridge for you and me alone
And call it corporate tax reform, shalom.

A Taper by Any Other Name…