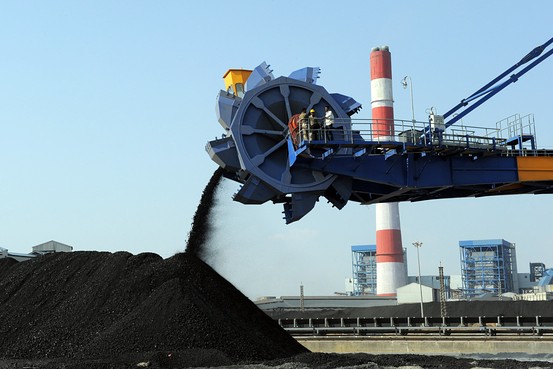 Indian workers sift through coal at the Adani thermal power plant in Mundra, in the eastern Indian state of Gujarat.
Agence France-Presse/Getty Images

Japanese companies appear to be expanding their focus to India this year, lured by the country’s giant market of young consumers, tensions with China and slow growth at home.

Political tensions with China and ultra-low interest rates at home have accelerated a shift of Japanese corporate investment into faster-growing markets with younger consumers such as Southeast Asia. Japan’s combined FDI into Indonesia, Malaysia, the Philippines and Thailand more than doubled last year to a record $16.6 billion, according to the Japan External Trade Organization. FDI to China, by contrast, fell by almost a third to $9.1 billion.

The shift is welcome news for India’s new government. Not only is the country starved of foreign investment, but it relies on inflows of cash from abroad to offset a persistent current account deficit. Morgan Stanley estimates that FDI to India will pick up to 2.5% of GDP this year, helping to provide a stickier source of funding than fickle portfolio investments. These flows, which include investments in stocks and bonds, account for 73% of all foreign capital going into India, Morgan Stanley estimates, compared with roughly a quarter in other emerging economies.

FDI calculations can be slippery: investment calculated by the recipient nation can vary dramatically from FDI calculated at its source. JETRO recorded just $262 million in Japanese FDI to India in the first three months of 2014, or about 12% of all Japanese investment into the country last year. And while the Indian government says Japanese FDI reached a peak of roughly $2.64 billion in 2011, the year the two countries signed a free-trade agreement, JETRO’s data indicates a peak of $5.55 billion in 2008.

What both sets of statistics agree on is that Japan’s FDI had recently been declining, a trend economists blame on red tape, corruption and a volatile currency. So the recent surge in FDI recorded by Delhi could be an encouraging sign that Japan is regaining interest in the world’s second-most populous nation.

India’s previous government, which lost power in elections this year, deserves some credit, having launched measure in late 2012 to ease rules on foreign investment and speed investment approvals.

With a population of 1.24 billion, a median age of 27 and a new, investor-friendly government led by Prime Minister Narendra Modi, however, India may prove irresistible to Japan Inc. A recent survey of Japanese manufacturers by the Japan Bank for International Cooperation, or JBIC, found India the second-favorite investment destination after Indonesia.

JBIC is a major investor in India’s $90-billion Delhi-Mumbai Industrial Corridor, 40% of which runs through the home state of Mr. Modi.

Japan’s prime minister, Shinzo Abe, has already developed a personal relationship with Mr. Modi, even communicating with him on Twitter. Policy makers in both countries are considering the establishment of a regular economic dialogue. An announcement could come at a summit meeting scheduled for September.