Could Machines Put Central Bankers Out of a Job? – Real Time Economics 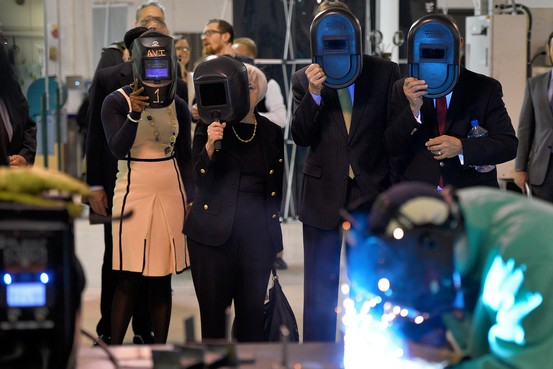 The fast-changing technological infrastructure of financial transactions, including nonbank finance, digital currencies, peer-to-peer lending and crowd-funding present a challenge to the monetary policies of the Federal Reserve and other top central banks, says Randall Kroszner, a former Fed board governor.

In a paper presented at the Atlanta Fed’s 20th annual conference on financial markets, Mr. Kroszner explores the implications of technological shifts for commercial banks, whose lending-on-deposits model underpins the ability of interest-rate policy to be transmitted to the real economy.

“From a macroeconomic perspective, commercial banks–and possibly central banks–face the potential for disruptive competition in the payments system that could affect the traditional channels of monetary policy transmission,” writes Mr. Kroszner, who was a Fed governor from 2006 through 2009, through the worst of the financial crisis.

For years, the Fed has loosened or tightened credit by adjusting the amount of banks’ excess reserves, the money they park at the central bank. When the Fed added reserves to the system, interest rates fell, encouraging borrowing and spurring economic activity. When the Fed removed reserves, rates rose and the economy cooled. But now, Mr. Kroszner says, new funding sources could reduce the Fed’s control of the supply of money, rates and inflation.

“Digital currencies, mobile-phone banking, crowd-funding, peer-to-peer lending could diminish the role that traditional commercial banks play in the standard ‘money multiplier’ process through which changes in bank reserve affect the money supply and the price level,” says Mr. Kroszner, a professor at the University of Chicago Booth School of Business.

If lending is taking place increasingly outside the traditional banking system, then the Fed and other central banks would have a harder time influencing the economy. 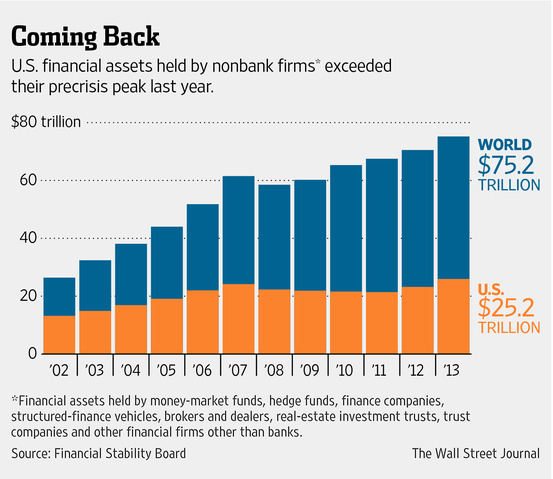 “With the potential for disruptive innovation in banking and payments, regulators and central banks will need to understand how these changes affect the cost-benefit tradeoffs of their micro- and macro-prudential regimes–possibly driving activity out of the traditional banking sector–and disrupting the traditional channels of impact of monetary policy on the economy,” Mr. Kroszner writes.

In addition to technology, Mr. Kroszner noted that regulatory changes since the financial crisis are also pushing more activities out of the banking system and into more lightly regulated, opaque corners of credit markets.

“Threats to the role, purpose, and economic viability of commercial banking are rife,” he says. “Commercial banks and central banks are certainly not dead but technological innovators have them in their sights.”