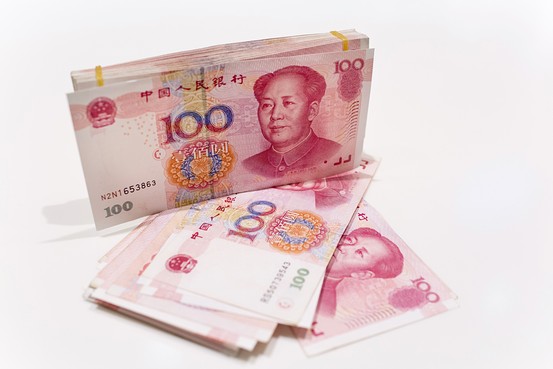 China’s yuan was among the currencies that saw the biggest increases in international debt issuance during the global financial crisis, a new San Francisco Fed study finds.
Bloomberg News

Almost all international debt is issued in major global currencies such as the U.S. dollar and the euro, but the financial crisis of 2007-2009 provided an opening for a handful of smaller currencies to gain ground, according to a new analysis from the Federal Reserve Bank of San Francisco .

“The results suggest that the crisis offered well-suited countries a ‘baptism’ of sorts, setting the stage for a new equilibrium in the global economy, in which a broader set of countries can issue debt internationally in their own currency and escape the problem of ‘original sin,’” Galina B. Hale, Peter Jones and Mark M. Spiegel wrote in a paper released Monday by the regional reserve bank. The troubles associated with businesses and governments that cannot borrow in their own currencies are sometimes known as original sin.

Ms. Hale and Mr. Spiegel, both San Francisco Fed economists, and Mr. Jones of the University of California, Berkeley noted that global currencies dominate the international debt markets. Some 97% of debt is issued using the U.S. dollar, the euro, the U.K. pound, the Japanese yen or the Swiss franc, even in countries that don’t use those currencies.

“This long-standing trend of borrowing in a different currency poses a risk known as currency mismatch, which occurs when borrowers suffer balance sheet deterioration if the exchange rate of their home currency falls in relation to the issuing currency,” they wrote.

Things changed during the financial crisis that peaked in 2008, when debt issuance in home currencies “increased substantially” across the board, the economists wrote. It then declined sharply in emerging economies–but not in the advanced economies, which were members of the Organization for Economic Cooperation and Development.

“The share of firms from non-global currency OECD countries issuing in home currencies remained high, suggesting that the crisis period persistently increased the capacity of firms in these countries to issue in home currencies,” Ms. Hale and Messrs. Spiegel and Jones wrote.

The biggest increases in home currency debt issuance, according to their analysis, came in Singapore, Sweden, China and Norway. China has been promoting its yuan as a new global currency and “the other countries are relatively developed with stable macroeconomic policies,” the economists wrote.

It seems that enjoying “low government debt and a history of stable inflation” made countries well positioned to “take advantage of the temporary disruption and near-zero interest rates in global financial markets,” the economists wrote. For other nations, any gains were fleeting.