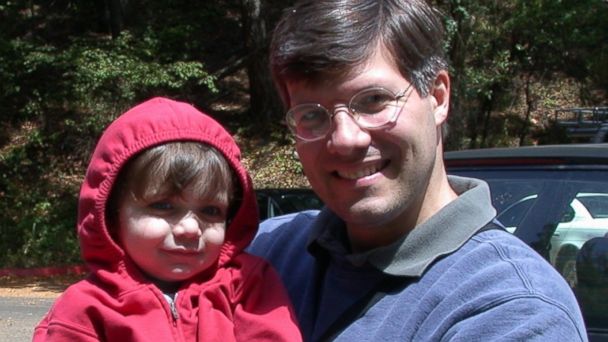 David Damiano was only 11 months old when his mother, a pediatrician, diagnosed him with Type 1 diabetes.

At the time, his father Ed Damiano recalls, treatment for the condition entailed constant measurement of blood sugar levels, mental calculation of the amount of insulin required, and administration of the dose using periodic injections under the skin or a pump attached to the body. It was a task that he and his wife took on themselves, getting up many times in the night to ensure that their son’s blood sugar was neither too high or too low. Anything short of this diligence could have been catastrophic for their baby.

“It’s a risk to let your kid go to sleep at night with diabetes,” Damiano said. He also thought of what would happen as his son grew older and had to take on the task of monitoring his own blood sugar on a never-ending basis.

It was not what Damiano wanted for his son. So he decided he would try to do something about it.

Damiano also happened to be a biomedical engineer. Over the years, he developed a “bionic pancreas,” a machine that could perform the critical blood sugar regulation activities that a type 1 diabetic’s diseased organ could not.

On Sunday, at the annual meeting of the American Diabetes Association, Damiano – now an associate professor of biomedical engineering at Boston University – and his colleague, Dr. Steven Russell of Harvard Medical School, presented the results of a study comparing this bionic pancreas to the insulin pumps that are currently used. In this small study, 20 adults and 32 adolescents used the device over the course of five days.

Overall, Damiano and Russell found that the bionic pancreas was better at controlling blood sugar levels in both the adults and the adolescents – and in adults, the periods of time with dangerously low blood sugar were less.

The results were published in the New England Journal of Medicine.

The bionic pancreas works by measuring blood sugar every five minutes using a small monitor attached to the body. The results are sent wirelessly to an iPhone app, which processes the data and determines the amount of insulin needed – something diabetics currently have to calculate themselves. If the patient’s blood sugar is too low, the app signals for a dose of glucagon to be pumped into the body. Glucagon counteracts insulin and raises sugars – an important feature, as pushing glucose levels too low can also be dangerous.

Damiano said that participants in the study were so satisfied with the bionic pancreas during the five days that they used it that they did not want to give it up at the end of the trial.

“The emotional response [of the participants] was something we could never have anticipated,” he said. “They embraced it and they saw it as a complete game changer.”

Dr. Stephen Bartlett, a diabetes expert at the University of Maryland School of Medicine who was not affiliated with this study, called the study “a blockbuster trial.”

“It’s a big deal,” he said. “I’m quite excited to see this. I’ve been hearing since I was a young faculty member that a glucose-responsive insulin pump was just around the corner, and that was a long time ago. This is very exciting.”

Bartlett added that while the results will need to be confirmed in more extensive studies, he is “rooting for this to be widely marketable and applicable.”

But for Damiano, the true hope is that he will be able to send his son off to college in three years with a final version of this device. David is a freshman in high school now,  and with the next phase of clinical trials slated to begin this week, it looks like these plans are on track.

“It means a lot to [David] because he’s either going to have to manage it completely by himself when he goes to college – the burden will fall squarely on his shoulders. Or, if things go well, he’ll go to school with a bionic pancreas,” Damiano said. “And it will be whole new world for him and the… other people with type 1 diabetes.

“He appreciates what it means to him and everyone else.”