Damien Hirst Has A New Gallery, But Is It Any Good?

Damien Hirst Has A New Gallery, But Is It Any Good?

Damien Hirst’s long awaited Newport Street Gallery is now open, costing £25m and designed by Caruso St John — the architects behind the much lauded refurbished central atrium of Tate Britain. It’s an impressive space over two floors allowing in natural light, yet subtle enough in its design that it doesn’t distract from the art on display.

But what about the opening show? The story behind it has been a big part of the build up to the exhibition. The young Hirst was a massive fan of John Hoyland’s abstract painting, so once he could afford to he bought many of Hoyland’s paintings for his own collection. This kept Hoyland afloat and made Hirst his biggest collector.

Some people will see this show as a romantic tribute to Hirst’s favourite artist, one who has been largely forgotten by the art world. Others will see this as cynical ploy by Hirst to increase the value of his own collection.

Wherever you stand, the important question is: are these paintings any good? The abstract works will undoubtedly draw comparison to Mark Rothko, which is to Hoyland’s detriment as he clearly isn’t on the same level and his paintings lack the ability to suck in the viewer, unlike the darker works of Rothko. There are a few pieces that grabb us, including a bright scarlet piece where grey walls lead us into the vivid background; however many feel uninspired.

As we move upstairs we’re itching for a little variety, but we soon change our mind when we see a room full of pastel expressionist style paintings. They are hideous and aren’t fit for public consumption. Thankfully there are only a few of them.

Though this gallery has opened with a rather mundane exhibition, we’re hugely excited by its potential to re-invigorate an unloved part of London and the future exhibitions that will come about from Hirst’s extensive personal art collection.

For more art see our guide to Frieze week, our top openings for October and Autumn, and the most talked about art exhibitions. Nearby is the excellent Peter Kennard and the First World War galleries at Imperial War Museum and a model village in Vauxhall Park. 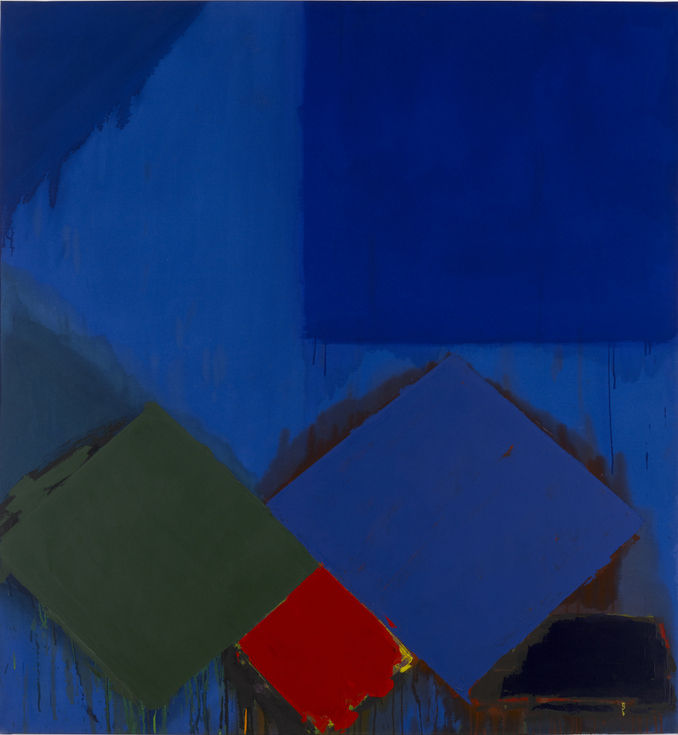