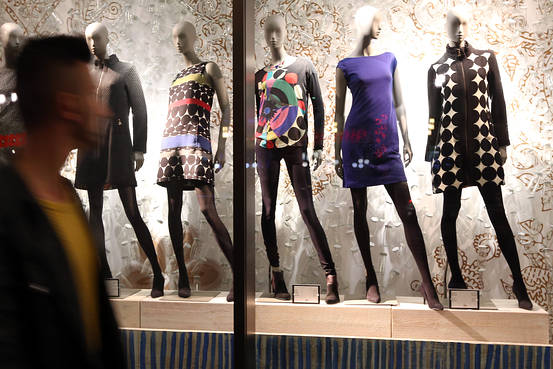 Failure of the world’s largest economies to fix their underlying demand problems—despite record central-bank injections—is setting the stage for weak global growth for years to come.

That is a key message in the International Monetary Fund’s latest report detailing distortions in the global economy caused by too much saving in some countries and not enough demand in others.

In particular, if countries such as Germany and China don’t act to boost domestic demand, the IMF is worried they could cement a decade of anemic global growth.

“There’s been little progress lately in reducing imbalances,” said the IMF’s No. 2 official, deputy managing director David Lipton. “They are still too large.”

Inaction by governments in the world’s most important economies “is the enemy of progress on the growth and stability agenda,” Mr. Lipton said. Those imbalances have serious real-world effects. Accumulated distortions in the global economy in the last decade fueled the 2008-09 global financial crisis that sparked severe recessions and made hundreds of millions of people jobless.

In the wake of the worst economic crisis in nearly a century, the world’s economic counselor launched an annual study of how badly the global economy is being warped by the policies of the most systemic countries. The IMF assesses how exchange rates, trade imbalances, currency reserves, government budgets and capital flows are creating eddies and headwinds to growth.

The biggest offenders are well known, accounting for the largest shares of global imbalances. Germany and China’s current account surpluses—the widest measure of a country’s trade and financial position relative to other economies—mean they are relying far too much on exports and aren’t contributing enough to global demand, the IMF says.

Meanwhile, the U.S. is borrowing and consuming far more than it can afford in the long run. If both surplus and deficit countries adjust their policies—a mix of exchange-rate measures, budget tweaks and deeper economic overhauls—it could spur global growth.

China, for example, has outlined plans that should boost domestic demand, including moving its currency, financial sector and other industries towards a more market-based system and opening up to greater foreign investment. That should secure more sustainable longer-term growth and encourage growth overseas as 1.4 billion consumers move into the middle class, although there are serious questions about Beijing’s commitments.

On the deficit side, a host of European countries, including Italy and Portugal, are moving forward with plans to tighten their spending and make their economies more competitive, actions that should help reduce their borrowing. Although there’s some recognition in the U.S. about the need to address major long-term budget issues—largely entitlement spending—and discussion of how to boost productivity, political paralysis around the issues has stymied substantive progress.

Germany rejects arguments by the IMF and the U.S. that Berlin should spur domestic demand through government spending. The country has now overtaken China as having the world’s largest nominal surplus.

“That would be contractionary coming at a time when the world really needs on balance, more demand,” he said.

If recent history is any guide, prospects for governments to shift gears on addressing current-account imbalances aren’t great.

The latest effort by the Group of 20 largest economies launched early last year was supposed to add two percentage points to global growth. But that effort, like its predecessor and other previous G-20 and IMF exercises, gained little ground. G-20 Leaders Back a Plan to Spur Global Growth