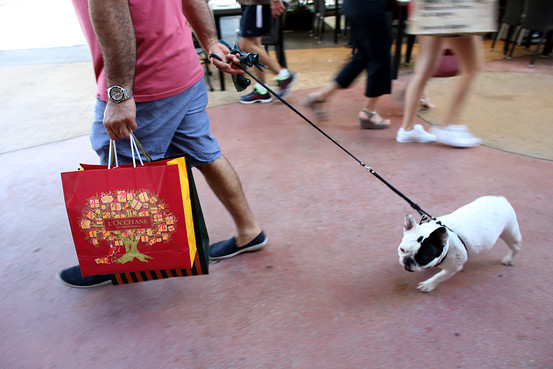 The retail sales reality is that November is a slightly below-average month when not adjusting for seasonal factors, according to Commerce Department data. When do people shop? Think December.
Getty Images

What are the best two months of the year for retail sales?

December, of course, and…May. With lines already forming for Black Friday sales, the assumption might be that November is a close cousin to December when it comes to drumming up consumer purchases.

The reality is November is a slightly below-average month for retail spending, when not adjusting for seasonal factors, according to Commerce Department data. In the past decade, November retail sales, excluding restaurants, were 0.3% below the average monthly level recorded between 2003 and 2013.

The trend comes despite retailers opening on Thanksgiving Day in recent years and pushing the best holiday deals into mid-November.

December remains the true holiday king. Unadjusted sales that month run 15.4% above the monthly average. It’s as if retailers have an extra five days to ring up customers in December, compared with all other months.

Seasonally adjusted retail sales rose 0.3% in October from the prior month, reversing a September decline, the Commerce Department said Friday. That could signal that consumer spending is back on an upward trajectory to end the year, thanks to falling gasoline prices and an improved labor market.

Outside of December, the spring and summer months, between May and August, are the best for retailers. May’s unadjusted sales are 4.3% above average, and August sales are 3.5% better than typical.

February is the worst month, with sales trending more than 10% below the monthly average. 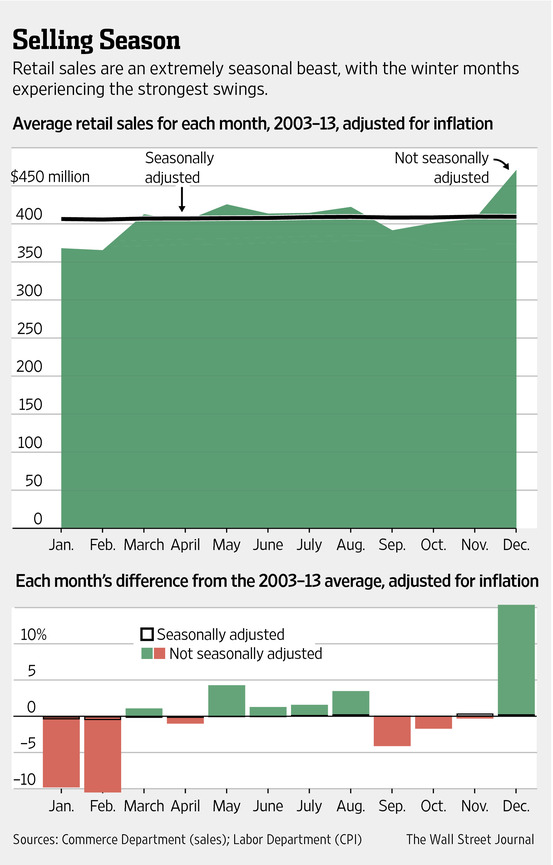 Americans Save on Gas, Spend at Restaurants in October