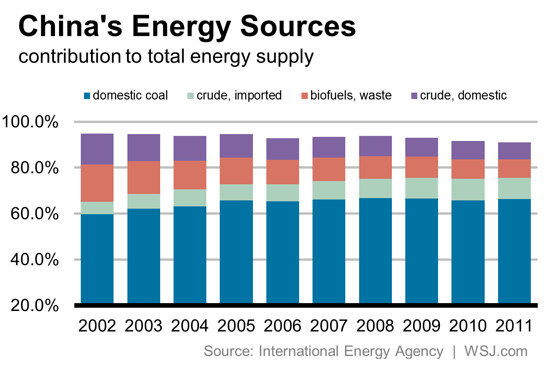 China has found itself an unwitting participant in the drama unfolding in Iraq – though its economy may be less vulnerable than its neighbors’ to the crisis there.

As the Obama administration works to build support for action against an insurgency by militant Sunni Islamists , China has said it will move some of its 10,000 citizens in Iraq away from areas it considers dangerous.

China’s investments in Iraqi oil production grew so dramatically in the aftermath of the U.S.-led 2003 invasion that politicians have quipped that China, not the U.S., won the war against former dictator Saddam Hussein.

Chinese state-owned companies have invested $10 billion in Iraq, according to the American Enterprise Institute. China’s imports of Iraqi crude have doubled since 2009, according to Chinese customs data.

But Iraqi oil still represents just a small percentage of China’s oil imports, and a minuscule portion of its overall energy supply. The greater risk appears to be not from a disruption of supplies from Iraq but rather that events there push global oil prices higher, raising China’s overall import bill and the cost of subsidizing domestic fuel.

Prices for Brent crude have climbed more than 5% this month to above $115 per barrel, their highest level since last September.

The risk posed by higher global oil prices is even higher for China’s Asian neighbors — especially Japan, India and Indonesia — which are more reliant on imported crude from the Middle East.

According to the latest data from the U.S. Energy Information Administration, 13% of Iraq’s oil exports went to China in 2012.

But China’s exposure to Iraq is still relatively small, and its investments there represent only about 2% of China’s total global investment. Customs data show that imports of Iraqi crude still comprise just one-tenth of China’s total oil imports, and less than 1% of the country’s overall energy needs.

That’s because China remains heavily reliant on domestic, heavily polluting coal — the very problem the investments in Iraq aimed to address. Coal accounted for more than two-thirds of China’s overall energy mix as of 2011, according to the latest data from the International Energy Agency, or IEA.

Other Asian nations have much greater exposure to international oil markets. While China imports 14% of its energy, Japan imported more than 90% in 2011, according to the IEA, relying on Saudi Arabian crude for nearly two-fifths of its energy needs. Japan doesn’t import much (if any) Iraqi oil, but if Iraq worries continue to push up global oil prices it would raise Japan’s energy bill and further erode its current-account surplus.

India is arguably even more vulnerable: It takes 19% of Iraq’s crude exports, representing 3% of India’s overall energy needs. Worse, higher oil prices stand to aggravate India’s stubborn inflation and widen its current-account deficit, and would raise the cost of fuel subsidies just as the government is trying to trim its budget deficit.

The most vulnerable nation in Asia, however, may be one that until 2008 was a member of the Organization of Petroleum Exporting Countries – Indonesia. The archipelago became a net oil importer in 2006 thanks to dwindling domestic production and weak investment in new production; imported crude now accounts for roughly 9% of Indonesia’s total energy use. Like India, Indonesia would likely see its current account deficit and subsidy costs widen with higher oil prices, and inflation spike.

Despite its large investments in Iraq, then, China may find that – compared to its neighbors at least — it’s getting off easily.