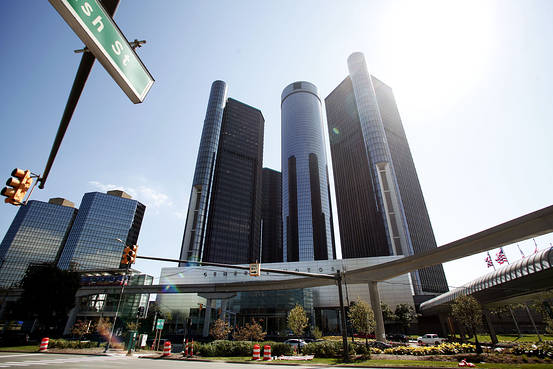 Detroit’s economic engine appears to be revving up.

The unemployment rate in the Detroit metro area touched a 15-year low last month and joblessness in greater Motor City is declining at twice the pace of the country as a whole.

Detroit’s unemployment rate was a seasonally adjusted 5.6% in August, still above the national rate of 5.1%, but the lowest reading since September 2001.

The rate declined 2.7 percentage points in the past year to 6.2% on a non-seasonally adjusted basis. That marked the largest drop among the 51 metro areas with more than 1 million residents. Unadjusted figures are needed to compare cities because the Labor Department doesn’t produce adjusted figures for all metro areas.

The swift decline is a dramatic turnaround for the area that was rocked by General Motors and Chrysler’s Chapter 11 filings during the recession and then saw the city itself seek bankruptcy protection in 2013.

The seasonally adjusted unemployment rate in the region peaked above 16% in 2009 and was above 10% as recently as April 2013.

The improvement is at least partially tied to the resurgent auto industry. The last time joblessness was this low in Motown, in 2001, was the last time Americans purchased more than 17 million vehicles in a year. Car sales have accelerated this year and are again near that historic pace.

The mix of vehicles being sold tilts to Detroit’s favor as well. Lower gasoline prices have Americans buying more trucks and SUVs. That benefits Ford Motor Co. and General Motors, sellers of the two most popular pickup trucks, more than their rivals.

But it’s not all cars. Like the rest of the country, the Detroit area has added more private service-sector jobs in the past year than manufacturing positions, according to separate Labor Department data. Overall the Detroit region added 45,200 jobs in the past year, the Wednesday report said, an increase that puts the area on par with the San Jose and Boston regions.

Fargo, N.D., remained the area with the lowest unemployment rate last month at 2.2%. Yuma, Ariz., once again had the highest at 26.9%. Among regions with more 1 million people, Austin, Texas, had the lowest rate at 3.2%, followed by Minneapolis at 3.3%. The Las Vegas region had the highest rate at 7%, but that’s down from 7.6% a year earlier.

Texas Towns Led the Country in Economic Growth in 2014

A Tale of Two Metros: Detroit and Minneapolis