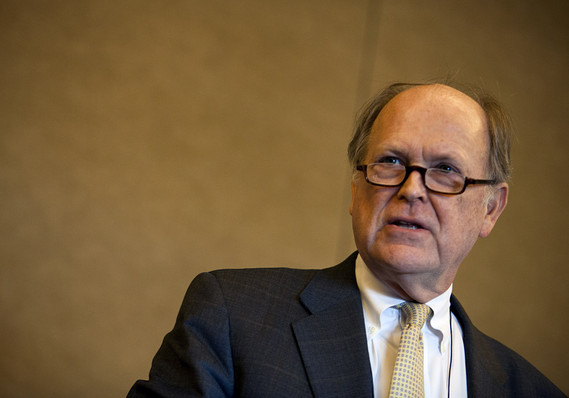 Instead, it was Charles Plosser of the Philadelphia Fed who took the stand. He thought the Fed’s commitment to keep rates near zero for a “considerable time” after the bond-buying program ends fails to recognize recent progress in the economy.

The U.S. economy expanded at a 4% annualized rate in the second quarter, but only after shrinking 2.1% in the first. Fed officials appear to take a hawkish turn in Wednesday’s statement, giving a nod to a recent pickup in inflation.

“Inflation has moved somewhat closer to the Fed’s longer run objective,” the Fed said in its policy statement.

Apparently, that wasn’t enough to keep Mr. Plosser on board.

– This post originally stated incorrectly that Mr. Fisher had criticized Fed policy in a Wall Street Journal editorial. The WSJ piece was in fact excerpted from an earlier speech of Mr. Fisher’s.