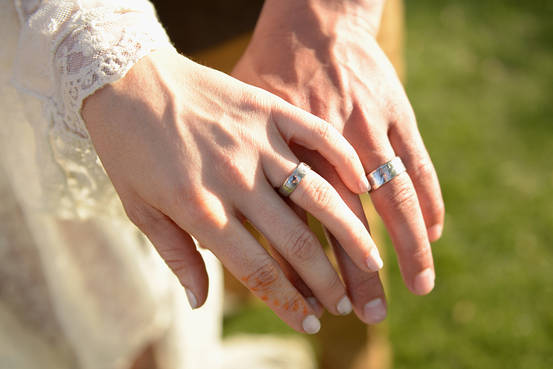 When it comes to marriage, the U.S. tax code is roughly neutral: The number of people penalized for being married is roughly the same as the number who benefit from it.

The same is not true for social welfare programs, such as Medicaid, food stamps or housing assistance, which can impose significant financial penalties on recipients who are married, according to new research from the R Street Institute, a Washington think tank.

In some cases, that creates major disincentives for low-income couples—especially those who are already living together—to tie the knot.

“Historically, low-income couples have faced especially onerous marriage penalties, because most safety-net benefits are means-tested (with steep phase-out rates or even cliffs)” applied on those who are married, researchers Douglas J. Besharov and Neil Gilbert wrote. “Marriage could easily reduce or end the benefits of a single parent with children.”

The effects vary from state to state, and depend on the relationship between the couple living together, whether or not they have children, whether they share expenses and how much money they earn.

In Arkansas, the state with the highest marriage penalties, if a nonparent marries a parent with two children and each adult earns $20,000, they would lose approximately $13,248 in benefits, or roughly a third of their total household income, according to the study.

The effects also vary by program. In a paper released Tuesday, researchers at the Urban Institute found the additional-child tax credit and the earned-income tax credit had the largest effect on creating either marriage penalties or bonuses, depending on the state and how the earnings were divided among the couple.

The penalties have become a growing issue in recent years as the size and coverage of means-tested welfare programs has swelled, and now includes more middle-income households. At the same time the stigma associated with living together out of wedlock has shrunk, leading to declining marriage rates.

Of course there are other financial, social and emotional reasons for couples to get married, and those might outweigh the drawbacks of losing social welfare benefits.

But for couples who already live together, and who already rely on two incomes to support their household, those incentives are fewer.

Why does that matter? Research has shown married adults are more economically stable than unmarried adults, and married couples with children tend to have higher income than their cohabiting counterparts, who tend to be younger and have less education.

“Though marriage may not be an automatic path to success, government policies should not tilt the scales in favor of cohabitation,” researchers from the Urban Institute said.

Although it’s not clear whether the penalties affect marriage decisions, the study’s authors argue it probably does.

“The supposition that marriage penalties have an impact on decisions to marry gains credence from the simple fact that marriage rates are highest among higher-income groups that are less affected by them and for whom such penalties represent a smaller proportion of total income,” they wrote.

The authors concede it’s difficult to offer a simple fix for the problem.

One option would be to do a better job enforcing existing rules, making it tougher for cohabiting couples to avoid penalties that married couples face, thus taking away the incentive not to marry. Another would be to treat cohabiting couples as “economic units,” and use both individuals’ incomes for the purpose of determining eligibility for means-tested programs, as many European countries have done.

The most promising solution, the authors say, could be to treat married couples the same way they’re treated under the tax code, which softens the impact of progressively higher rates.

But the authors are clear: More research is needed to determine how the penalties actually affect marriage decisions.

“Any solution would be very expensive to implement and might lead to many unintended consequences,” they said.