Doctors battling Ebola in Sierra Leone, Guinea and Liberia say a mistrust of Western medicine is hampering efforts to contain the outbreak.

At least 1,201 people having contracted the virus and 672 people have died in what health officials are calling the worst Ebola outbreak in history. 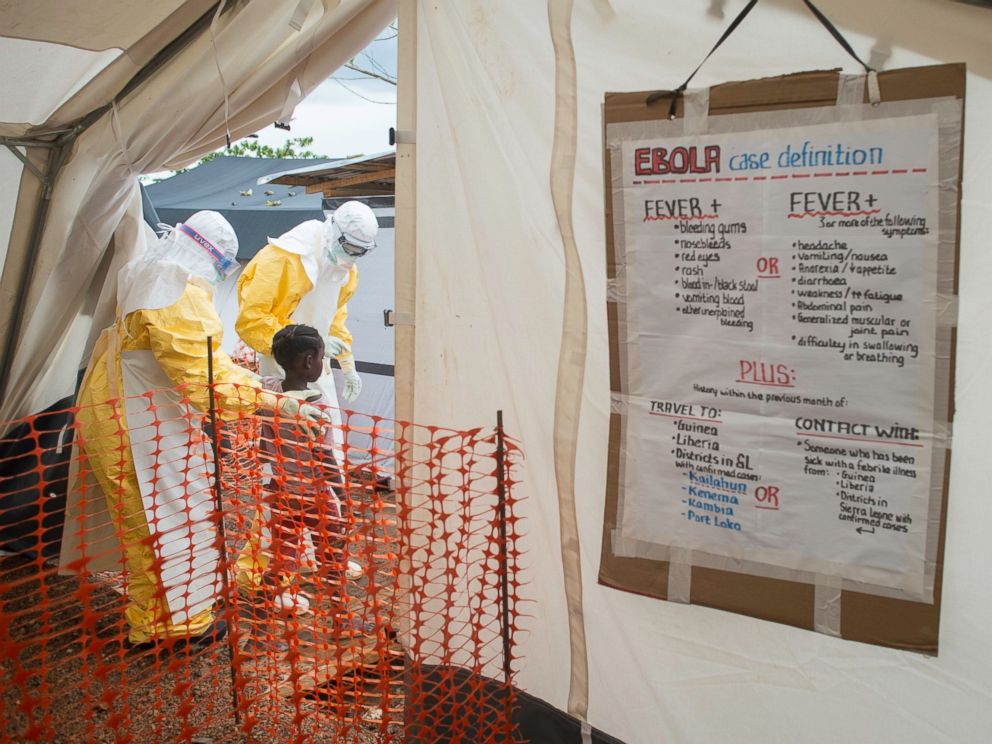 PHOTO: MSF staff show the way inside the Treatment Centre to a patient most likely infected with the Ebola virus/

Dr. Michel Van Herp of the medical charity Doctors Without Borders said his organization has even been accused of “bringing the disease” into certain villages. He also said Ebola has been mystified by villagers, who fear that “to say ‘Ebola’ aloud is to make it appear.”

“They believe that. but the reverse is also believed to be true,” said Van Herp. “Denying that Ebola exists would mean that it won’t be able to affect you.” 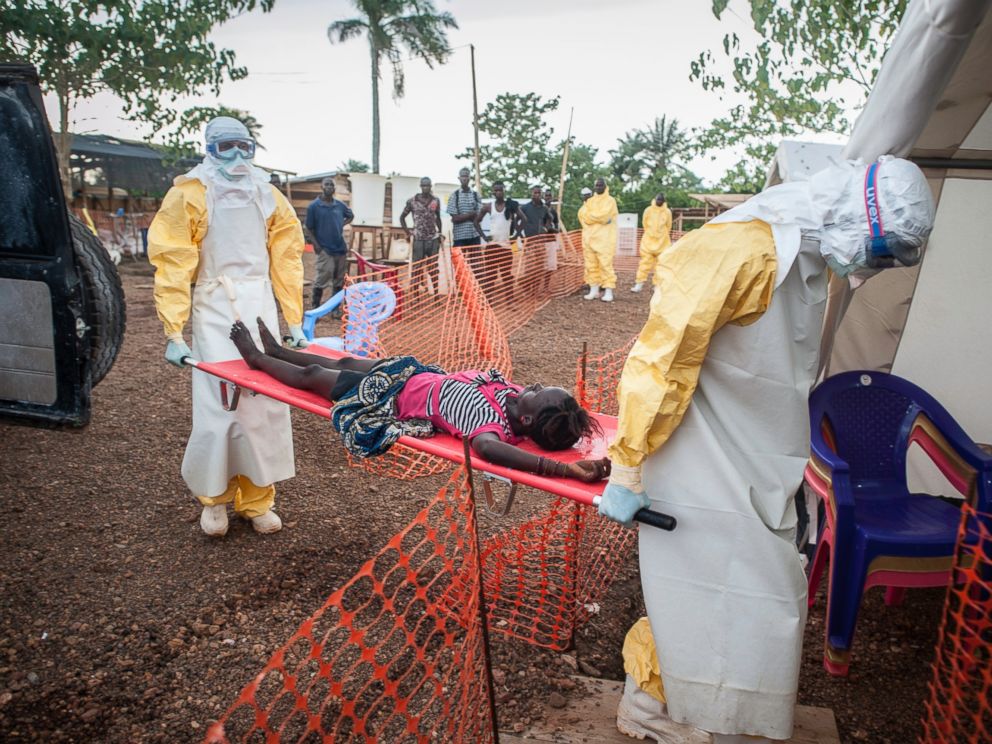 PHOTO: Two medical staff are bringing a weak patient who has been in contact with people infected with Ebola to the admission at MSF Ebola Treatment Centre in Kailahun, Sierra Leone.

Van Herp and his colleague, Dr. Hilde de Clerck, have been on the front lines of six past Ebola outbreaks, according to Doctors Without Borders.

“To control the chain of disease transmission it seems we have to earn the trust of nearly every individual in an affected family,” said de Clerck, noting that 20 villages in Guinea near the Sierra Leone and Liberian borders still deny access to their medical team. 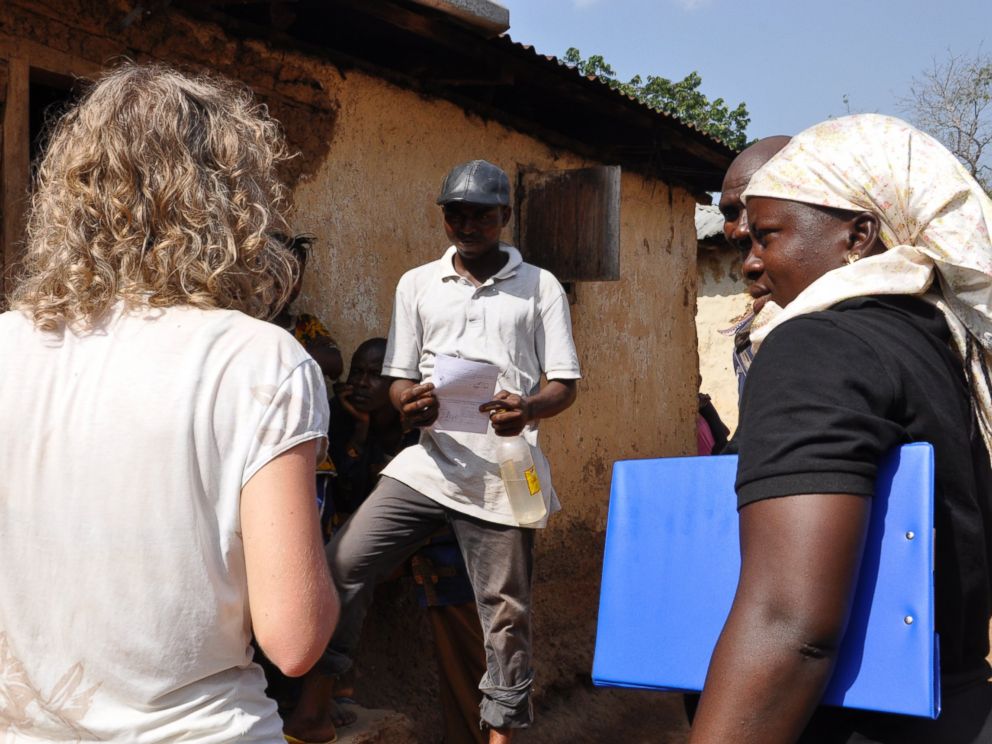 PHOTO: Dr. De Clerck explains how the disease is spread and what they can do to support the patient without putting themselves at risk.

Medical personnel must wear full-body plastic protective gear, which De Clerck said is uncomfortable and difficult to bear in the region’s high temperatures.

De Clerck said the work also takes an emotional toll, as up to 90 percent of those who contract the virus die a painful and terrifying death.

“We are the last people to touch them and many of them ask us to hold their hands,” she said. 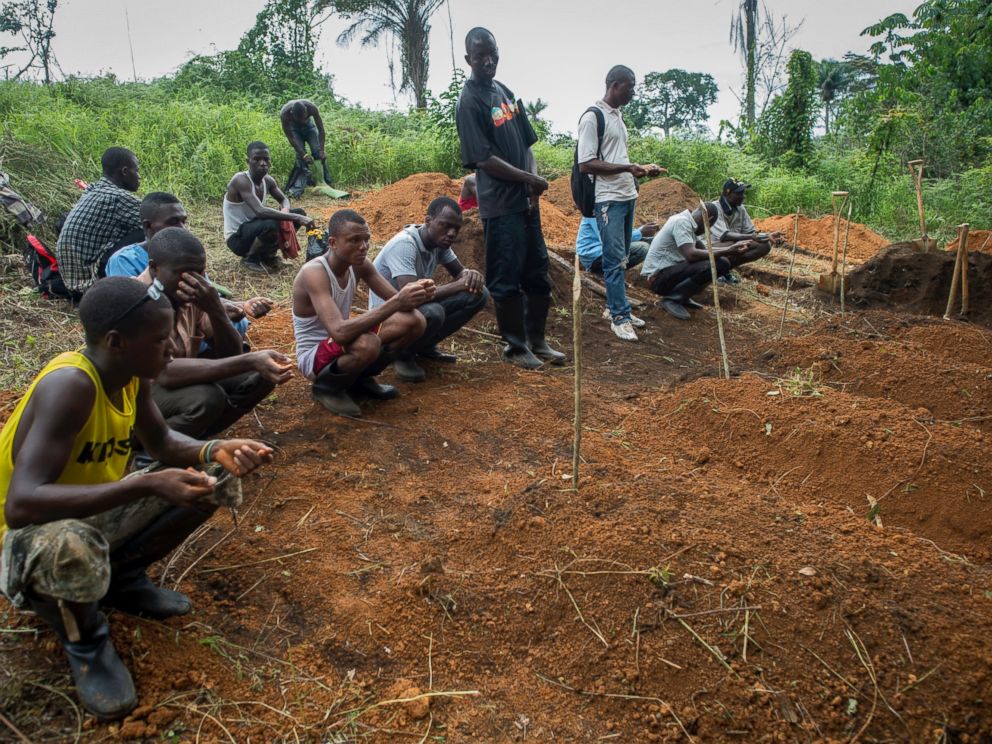 PHOTO: A World Health Organization (WHO) team is burying the deceased patients whose families did not come in the forest near the MSF Treatment Centre in Kailahun, Sierra Leone.