MONROVIA, Liberia – Blue steel gates guard the back entrance to an Ebola treatment center, where new patients flood in faster than bodies are removed. Today, I met a burial team tasked with collecting and burning the bodies – a dangerous but crucial job amid the worst-ever outbreak.

A guard opened the gates and motioned us inside. We found ourselves in the same courtyard where yesterday patients were sitting, waiting to be tested, and dying. Today, the rain-soaked courtyard was active in a different way. Six workers wearing protective gear were standing at the back of a long blue flatbed truck, the front end of which was stacked with bodies in white bags. The back end was empty, but not for long.

“How many bodies have you collected here?” I asked one of the workers. Nine so far, he told me. Nine deaths in just one day. Just then, two more workers emerged from the isolation ward carrying a tenth body to the truck. I could see two faces looking out through a metal screen from the isolation ward. What could they be thinking? How do you maintain hope when you see so many dying around you? 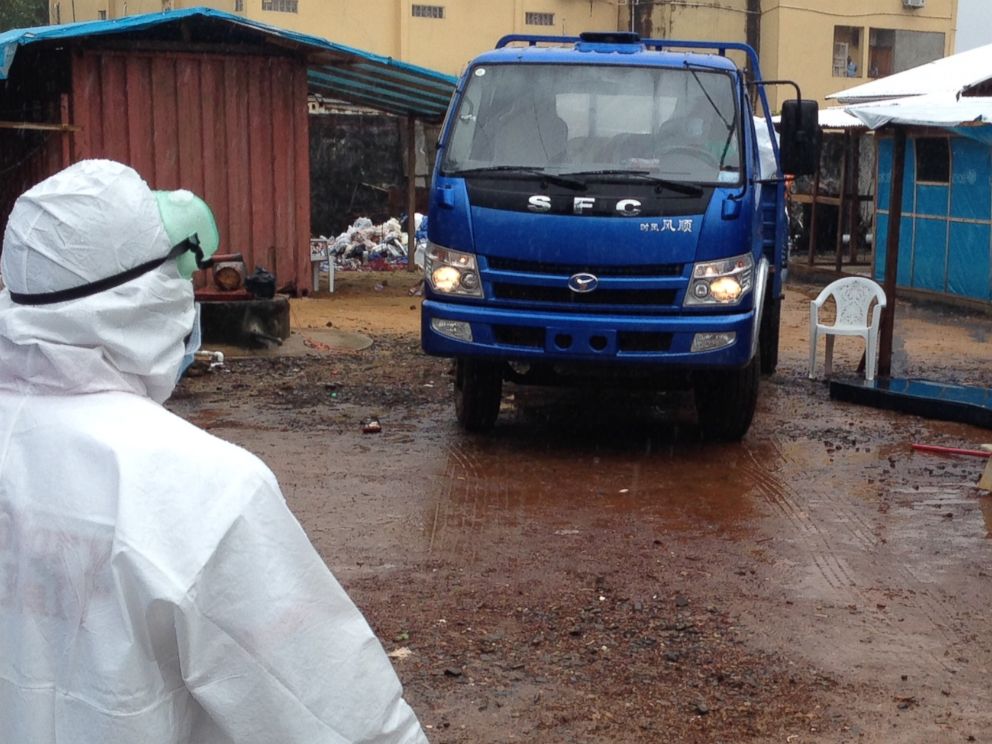 PHOTO: A truck comes to collect bodies from a makeshift Ebola ward in Monrovia, Liberia.

Yesterday, the ward housed around 60 patients. By this morning, there were 80, a guard told me. “We have no room for anymore,” he said. He had been working at the clinic since it opened less than two weeks ago and the toll was visible on his face. “See those people over there?” he said, motioning to a trio of people lying on the ground under a UNICEF shelter. “They have Ebola, but we have no room for them.” 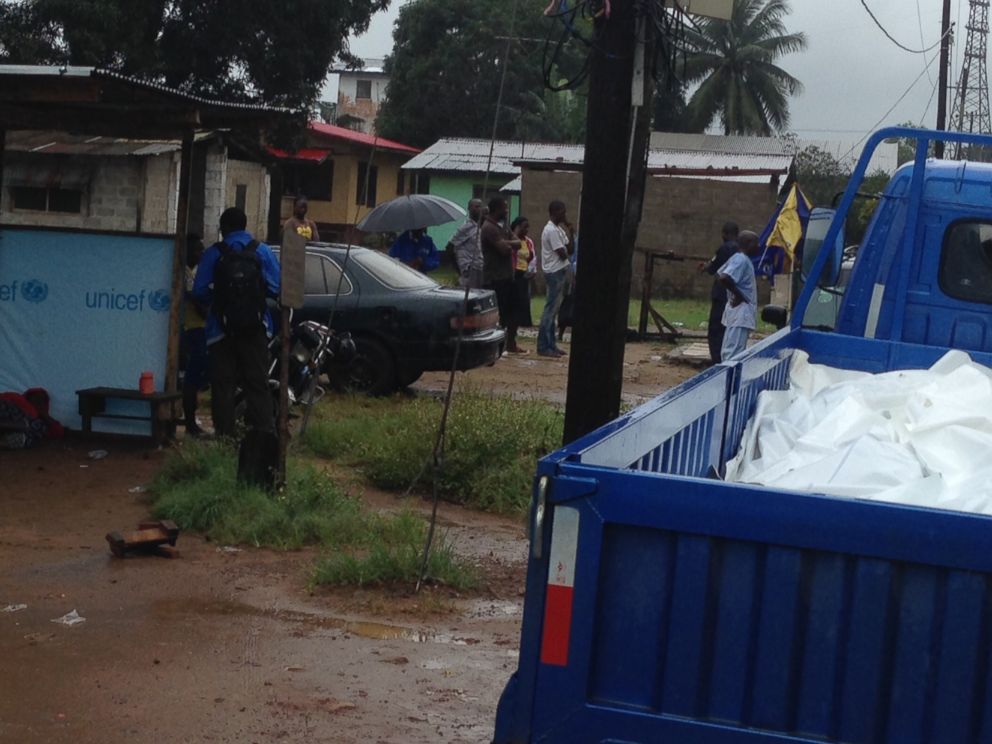 PHOTO: A truck collecting bodies of deceased Ebola victims is pictured in Liberia.

With no room in treatment centers, some people are dying in their homes. And one of the main ways that Ebola is spreading is through the ritual cleaning and touching of loved ones at funerals. To help curb the outbreak, burial teams are trying to quickly collect bodies from communities and send them for cremation. As hard as this is for families, it’s essential for disease control. 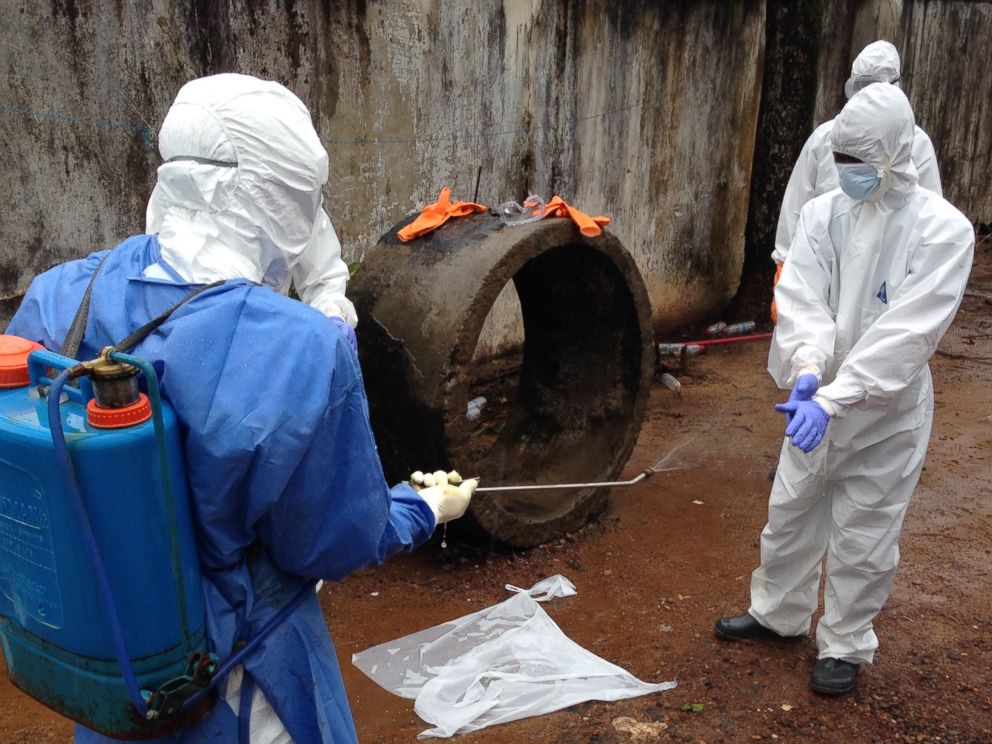 I spoke with Mark, the head of the burial team. “We are headed to a house in the community where we hear there are five bodies of Ebola victims,” he said. “Then we are heading to ELWA hospital to pick up from there.” Mark heads one of just four burial teams in the area – not nearly enough to meet the demands of this deadly outbreak.

As we drove off, the big blue gates closed behind us. The rain kept coming down as the patients lay there waiting. Without more resources and support, without more medical services, more and more of them will be exiting in the big blue truck.