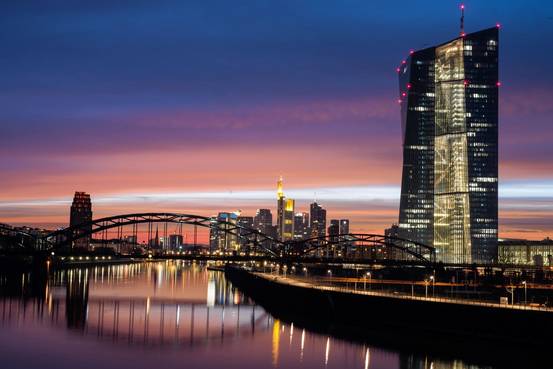 Fiscal belt tightening tends to weaken confidence in the private sector, according to a paper published Tuesday by the European Central Bank, although those effects can be mitigated by focusing consolidation on spending rather than taxes.

“Consumer confidence falls around announcements of consolidation measures, an effect driven by revenue-based measures,” according to the paper written by an economist at the ECB and a trio of economists from the University of Amsterdam. “The effects on producer confidence are generally similar, but weaker than for consumer confidence.”

The study addresses an issue at the heart of Europe’s response to its debt crisis: whether deficit reduction is a good idea during times of economic weakness. ECB officials have in the past stressed the confidence channel as a reason why government spending cuts can actually lead to more private sector spending and investment.

The results appear to support a key plank of Europe’s strategy by arguing that economic weakness isn’t necessarily a reason to delay consolidation as long as it is focused on spending cuts.

“While it is often asserted that periods of boom are more suitable for consolidation than slump periods, this is not borne out by our monthly sample,” the authors wrote. “In fact, spending-based consolidations do no harm to private sector confidence in slump periods, while they tend to produce a reduction in long interest rates during slumps.”

The ECB paper examined periods of fiscal consolidation for 17 members of the Organization for Economic Cooperation and Development from 1978 to 2009, and breaks the data down on a monthly basis for a total of 221 policy announcements.

Those effects of revenue-based measures on consumer confidence were mostly driven by European countries in the sample, the paper noted.
One conclusion seems to be that public spending cuts may still be the way to go for policymakers even during times of economic weakness.

“If confidence is important and consolidation is unavoidable, then there is a strong case for resorting to spending-based consolidation,” the authors wrote, particularly if the country’s fiscal policies are transparent.

Meanwhile, “in contrast to the rather commonly-held view, a slump period may not be a bad moment for a spending-based consolidation,” they wrote.