A combination of rising home prices, higher mortgage rates and general economic concerns seem to be restraining Americans from taking part in the spring and summer home-buying season. 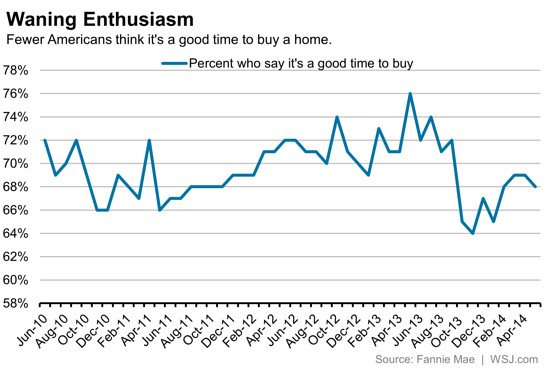 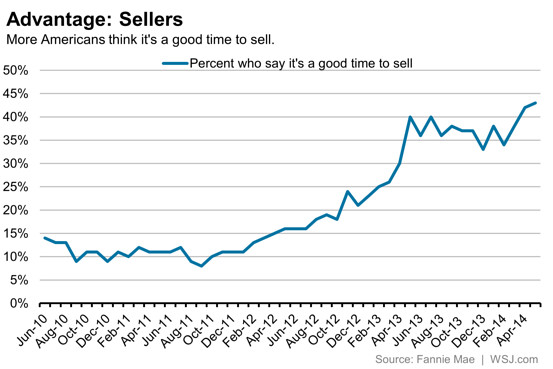 To be sure, the tightening spread could indicate that some level of balance is returning to the home market. Since Fannie Mae started the survey in June 2010, the percentage who thought it was a good time to buy has increased by 29 percentage points.

The tempered buyer enthusiasm probably reflects a confluence of factors tilting the housing market against them. The clearest: Home prices have increased significantly in the last 12 months, especially in certain hot housing markets. Between April 2013 and April 2014, the median national price for an existing single-family home rose 4.7% to $201,100, according to the National Association of Realtors.

In the same period, rates on 30-year fixed-rate mortgages have risen about 0.7 percentage point to 4.14%, according to Freddie Mac. And that’s only if you qualify. Although mortgage lending has loosened since the depths of the financial crisis, lenders are nowhere near as forgiving as they were during the housing boom.

In the meantime, potential buyers’ income expectations are stagnant. About 57% said they think the economy is headed in the wrong direction and about 21% said their household income has increased significantly in the last year, four percentage points less than in April.

That’s not to say that diminished optimism is necessarily a bad thing. Few thought that the rapid price increases of the past year could continue at such a torrid pace. 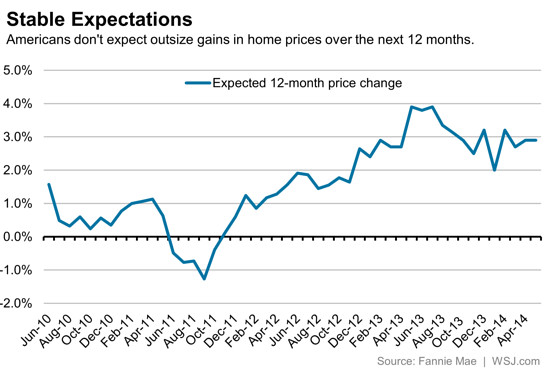