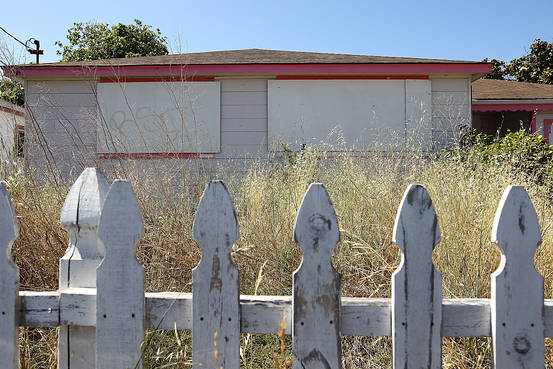 Americans are more concerned about moving up than they are about how much more, or less, their neighbor might make.
JUSTIN SULLIVAN/GETTY IMAGES

Presidential candidates, take note: When it comes to class differences, Americans are far more concerned about moving up the economic ladder than about the rich becoming richer.

By a greater than 2-to-1 margin, however, Americans said they’re less worried about the income gap, per se, and more worried about how middle- or working-class Americans can get ahead financially, according to the latest Wall Street Journal/NBC News poll. 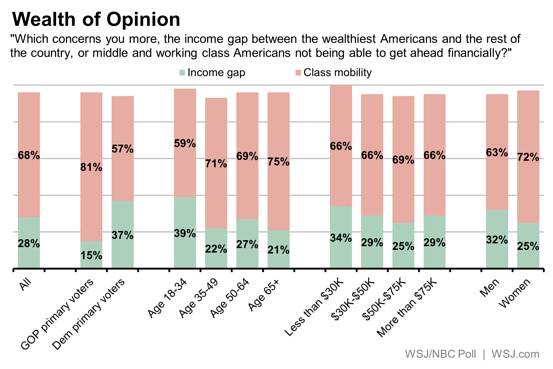 The issue of economic mobility has already jumped to the fore in the nascent 2016 presidential campaign. On the Republican side, former Florida Gov. Jeb Bush has promised to make income inequality and poverty a major theme of his still-unannounced campaign. Florida Sen. Marco Rubio has written a new book with the subtitle: “Restoring Economic Opportunity for Everyone.” Leading the Democratic field, former Secretary of State Hillary Clinton has been hammering on stagnant wages for the middle class.

There are differences in how people see the issue, depending on their political leanings. Republicans are more likely than Democrats to play up mobility concerns over the income gap. Some 38% of likely Democratic primary voters said the income gap was their greater concern, compared to 11% of likely Republican voters.

The income gap was also slightly more important to those who pointed in the poll to economic growth and job creation as the top challenge facing the country. Some 29% of respondents said the economy is the most important issue for the federal government to address, and more than half ranked it as their first or second choice.

Again, here, there’s a difference among party primary voters, however. Some 37% of Democratic primary voters named the economy as the top priority for the government. Democratic lawmakers last week launched a campaign to push for a $12-per-hour federal minimum wage by 2020.

Republican primary voters had it at No. 3 on their list, behind national security and the government deficit. Some 21% of GOP voters listed the economy as their top priority.

Americans who are 34 years or younger were also more likely to express concern about the income gap, with 39% saying it was a greater concern than middle-class mobility. Just 21% of Americans 65 years or older said it was their greater of the two concerns.

Men were also a bit more likely than women to rate the income gap as their bigger concern, at 32%, to 25% for women.

More From the Latest WSJ/NBC Poll: